" … if you're a supporter of a club, you have to be, through thick, thin, laughter, smiles and tears" – Bob Wilson
92 Comments

The Greatest Transfer Window Ever !

Posted by pedantic George @arseblagger on August 9, 2019 in All Posts 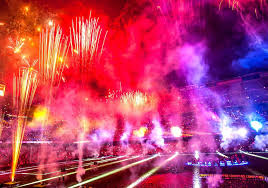 At 5 P.M. yesterday I was quite pleased with our transfer window, Despite the upsetting news that Iwobi had been sold to Everton, I thought we had mad a decent fist of slightly improving the squad. Then the more twitter posts and blogs I read, the more confused I became. People were celebrating like we had won the Champions League. Claiming it was a 10/10 window ,the best window ever, Raul “the Don Raul” (ffs) had done madness.

I wondered what I had missed. As far as I could see, the only real improvement over last years squad would be if Pepe proves to be greater than the sum of Danny and Iwobi. We have lost Ramsey, the best box to box midfielder in the league, and lost our captain,the best center back we’ve had since Sol.

Let me stress, I think it was a decent window, I think it gives us enough to get top 4, but great window? The best ever? Madness? Have a word with yourselves.

Then I saw a post from Eddy and I realised that people were looking at the window with no balance whatsoever.

“Nicolas Pépé from LOSC Lille, Outstanding Winger with goals and assists or is it the guy who flopped at the ACON

William Saliba from AS Saint-Étienne, best young CB in Europe or is it the guy who is not yet ready for the BPL as he hasn’t 20 games in France under his belt

Kieran Tierney from Celtic FC, the rightful heir to Cole, Winterburn and Sansom, or is it an injury plagued guy from a one horse league that is about the level of League 1.

David Luiz from Chelsea FC, the experienced ball playing central defender we’ve needed for a decade, or is it sideshow bob, the cheating, diving disruption that CFC were only too glad to get rid of despite being under a transfer ban

Gabriel Martinelli from Ituano Futebol Clube the hottest young property in Brazil, or is it an untried callow youth from the 4th tier of Brazilian football

Dani Ceballos from Real Madrid, the star of the wonderful Spain U21 team, or is it the 23 year old who has failed totally to hold down a place in the worst Real Madrid side for a decade.”

God help these new players if they are not the world beaters they have been built up to be by fans desperate to justify their fascination with winning the transfer window.

We love a new player, right up until the gloss wears off and he becomes deadwood.

← Super Fans or Super Chumps?
A New Start in Newcastle. →

92 comments on “The Greatest Transfer Window Ever !”