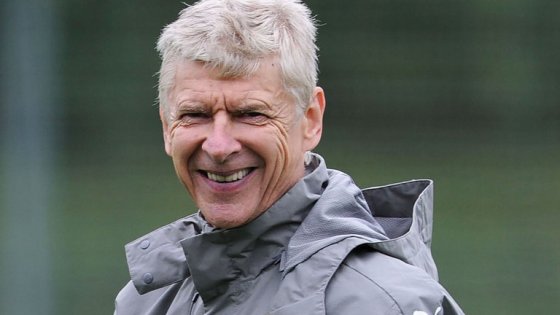 Last Sunday Arsène Wenger bade farewell to the Emirates faithful with much pomp and circumstance but it is the John Smith’s Stadium that provides the stage for his swansong.

Going to Huddersfield for this memorable event almost feels like the football gods are smiling down on us. Through the legendary Herbert Chapman, who played such a huge part in both clubs’ proud history, the two clubs will always share a very special bond.

For all intents and purposes today’s match is a ‘dead rubber’, and yet, it is one that is going to mean so much to every single Gunner and Gooner because of Wenger closing the curtain on English football forever. So whether you’re a long-standing AKB or a blokey wob, let him always be remembered onwards as the man that has shaped and defined Arsenal.

Practically speaking pride will be the only thing at stake from the game itself, but win or lose, the Terriers will have theirs intact. At the start of the season not many gave them any chance of staying up, but David Wagner and his players can hold their heads up high. Having survived the initial tough season following promotion, they can now focus on their transition to a team befitting of their Premier League status.

Huddersfield didn’t exactly set the PL alight, but if there is one thing they got going for them it’s having one of the most passionate support all season. Since August they went into every game hoping, praying ……. 37 games x 90 minutes of squeaky bum time. Not once did they gave up and now being unburdened from all of that, today will be about celebration. Add the momentous occasion of Wenger’s swansong and we can be certain it will reverberate harmonically from all corners of their stadium as the travelling fans too will be more vociferous than usual. Of course there will be a tinge of sadness during the “One Arsène Wenger’s”… because of this being the final goodbye.

With so much taking centre stage, around the ground and in the air (keep an eye out for that), we can expect play to be a bit routine, but the game would be a historic moment nonetheless.

After 22 years in the hot seat the Arsenal dugout, and in particular the Emirates, will be a very different place. So to state the incredibly obvious, he is going to be missed very much.

Merci Arsène Wenger. We will never forget that Invincible feeling.

← The New Arsenal Manager Must Be……..
Arsenal and the Seeds of Time →

65 comments on “Arsenal: The Final Act”