" … if you're a supporter of a club, you have to be, through thick, thin, laughter, smiles and tears" – Bob Wilson
56 Comments

Arsenal and the Seeds of Time

For those of you lucky enough to find a live broadcast or a reliable stream yesterday from the John Smiths’ you will have enjoyed an end to end contest as much as I did, Admittedly the occasional muttered contribution from Owen Hargreaves (the most peculiar contributor among commentators in any sport surely?)  was a price to pay.

But what was not to like ? Bright sunshine, Arsene with a bounce in his step, with the home side showing no ill-effects of celebrating their safe passage to next season in the Premier League won at the Bridge in midweek. Indeed in the first half it was the Terriers who looked rather more on the front foot and but for some nifty keeping by Ospina and some wild-eyed shooting by Ince we may have found ourselves slightly embarrassed in the opening 20 minutes.

We steadied though, took possession of the ball and, on 38,  opened Huddersfield up with a classic AFC passing movement, finished by Auba sliding in at the far post. I do not think he has scored a truly spectacular  PL goal among the 10 credited to him in his 13 games since  the man from Gabon has joined but his output has been unerringly consistent. That predator instinct to be just at the right spot at the right time PEA has demonstrated repeatedly since January and it bodes well toward the “Goals For” column next season.

The second half provided us with several more opportunities to make the game safe with a second and third goal but some smart keeping by Lossl kept us out. I suspect Danny and Laca will look at the chances again today and reflect,  inwardly, on opportunities that should have been buried.

Of our lads Mkhi was very good again yesterday. If Jose says the Armenian was unfit and lacks stamina then I have seen no evidence since he has came to us. Good game from Rob Holding too.

And in the classic Arsenal way just the death, with the three away points FINALLY being loaded onto the coach, Huddersfield stole in with two good chances, the second kept out by Ospina’s desperate dive.  A fitting climax to 22 seasons of football, competitive to the last. 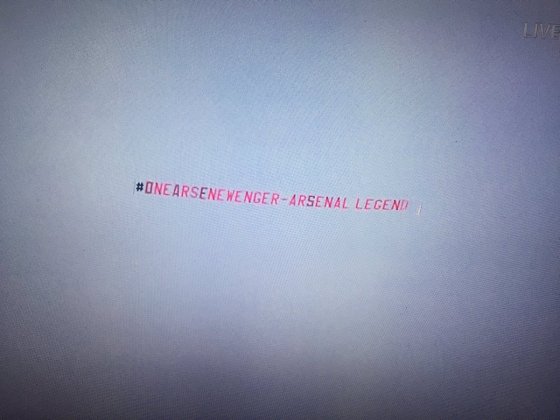 So there we are, the 2017-2018 PL season complete. Certainly a season I expected to achieve more domestically with what I regarded as  our strongest and most experienced squad since out move to the Ems. It was not to be, but there were some great moments and a fitting finale for the greatest manager in the club’s history.  New men will come, new history will be made.

I shall leave you, gentle reader,  with Banquo ” If you can look into the seeds of time, And say which grain will grow, and which will not …. ”

← Arsenal: The Final Act
I Come to Bury Wenger, Not To Praise Him! →

56 comments on “Arsenal and the Seeds of Time”