Arsenal and the green fairy 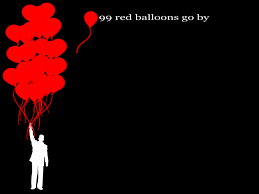 Good morning to those who are staunch Positives,

Not the result we wanted, and probably not the result most of us expected, with the Baggies languishing in the PL depths on New Years Eve and our football at Selhurst Park having some great style.

Of the things we did well I thought Granit and Jack demonstrated very effective coverage of the central midfield. The Swiss was always available and tidy in his passing and tackling. The Englishman surging forward with the ball at his feet and forcing opponents to back-off or lunge in.

I thought the defence had another good game and in contrast to March when our back 4/5 looked a bit ridiculous at the Hawthorns. Yesterday we allowed the home side very little sight of the goal and nothing from corners. There was no dithering. All passing out of defence was quick and accurate. All clearances were decisive. The wing backs worked well with their defender. Considering we lost Sead and Kosc early, and Nacho is already crocked, it was an assured performance. With Chelsea in a free scoring mode I hope that confidence stays in place.

Individually I thought Sanchez and Laca played well. What gelled less well was our movement and passing around the box. What I was also surprised was our apparent reluctance to launch the high ball over Evans, Dawson and Hegazi to see who would win the 30 yards dash. Fair play to West Brom though, they defended well throughout the game.

Our goal when it came was a bit of a mess as it looked to me that the free kick was going wide before James Maclean’s handy intervention. 83 minutes and having controlled most of the second half it looked as thought that bit of luck had brought us the points.

And then………. I have no idea what Kieran Gibbs was doing in our box, I have no ideas what Deano thought he saw that caused him to make an entirely random and wholly wrong decision. I think I heard yesterday that Dean is the longest serving PL referee. If so he should retire. In any event that  that was our balloon ‘popped’.

I do not however intend to allow poor refereeing to spoil the first day of 2018.

47 comments on “Arsenal and the green fairy”