" … if you're a supporter of a club, you have to be, through thick, thin, laughter, smiles and tears" – Bob Wilson
126 Comments

The Elephant in the Room

Well hello parishioners and welcome to 2018 hopefully a year full of promise and success for each and every one of you. I know I said I would not be back in the pulpit until mid-January but needs must & our Lord Gooner is a most severe task master & came to me in a vision telling me to write this 1st Psalm of 2018. Well actually id hit the communion wine a bit hard the night before and it dawned on me in my dishevelled and un-holy state to write about this topic. I guess we all sat there in total disbelief as that wretch of a referee Mike “Vlad The Impaler” Dean awarded West Brom a penalty for what can only be described as a decision which was ludicrous beyond belief. Not that I need remind you most learned of scholars but the rules for hand ball are very clear.

Regarding this incident Callum Chamber 1stly was very close to Kieran Gibbs when the ball was struck and had no chance of avoiding contact. The ball clearly moved towards the hand and not hand towards the ball and lastly his body was not in an unnatural position so what in god’s green earth was Mike Dean thinking as this clearly was not a penalty. When Petr Cech attempted to ask the Dean about the incident at the end of the game Dean said nothing and simply booked the goalkeeper even though Cech was clearly polite and respectful in his approach & manner. Furthermore, Cech whilst being interviewed states that Mike Dean had clearly gone against the latest FA directive on what constitutes handball in awarding the penalty but this this nothing new is it. Mike Dean has made a name for himself in football by making the game about him and his erroneous decisions rather than about the game itself. The issue here though is not about Mike Dean who many Arsenal fans rightly or wrongly believe is a cheat and openly tries to influence games with his decision making Its about the FA & the professional Referees Association’s (PGMOB) almost inquisition like vigour & secrecy in protecting itself & its officials from any comment or scrutiny even after a match official has had an absolute shocker of a game. Any manger. club official or player who dares to question the almost holy and divine right of the match official’s refusal to comment of clarify on a poor or wrong decision is immediately sanctioned without impunity.

Mike Riley the chief inquisitor rarely speaks publicly and even more rarely acknowledges that his match officials have fouled up & this all leads to allegations of corruption, favouritism or incompetence from the attending press and fans alike. His case has not been helped in recent times either with retired referees like Mark Halsey stating in his book that he used to chat to Sir Alex Ferguson on the phone prior to a game or Clattenburg’s recent tell all about looking the other way during an important Spurs match. Accusations that Howard Webb played favourites and was very anti Liverpool & who can ever forget Graham Poll’s 3 yellow cards at the World Cup. Whether the FA likes it or not the monster they have created in the EPL has too much money in it and more importantly too much money at stake. Those 2 points dropped or should I say robbed from Arsenal could mean the difference between top 4 & CL football and missing out on Europe altogether, the cost of that could be staggering in terms of both financial loss and competitions that they cannot play in. Referees should never be the reason why teams fail but all too often we are seeing more and more of it which is at the absolute detriment of the Premier League. In the Everton Utd match there was an identical incident to the Callum Chambers penalty and the referee just waved it away and played on. Where is the consistency from the FA & PGMOB? How can one referee adhere to the current directive yet Mike Dean basically do as he pleases. The FA have proven with the Kane & Ali incidents that they rule the game & the rules of the game at their discretion and they are the ones that need calling to account over the state of the refereeing standards in the PL and as for Mike Dean I’ll leave the last word to Garth Crooks and his famous rant. “It’s not about you Mike the game is not about you so just ref the game & stop seeking attention”. 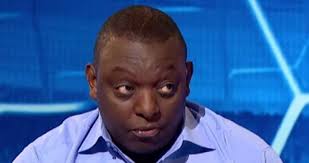 ← Arsenal and the green fairy
Arsenal vs Chelsea: A test of priorities, a question of status. →

126 comments on “The Elephant in the Room”