" … if you're a supporter of a club, you have to be, through thick, thin, laughter, smiles and tears" – Bob Wilson
131 Comments 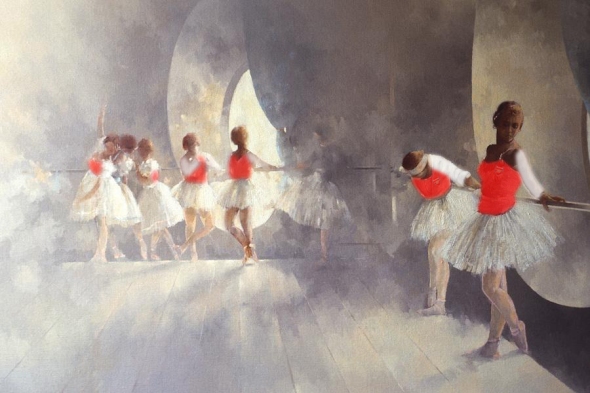 I began my first draft of this little missive by suggesting that today’s game was a case of back down to earth with a bump. I scratched it out and started again for two reasons. Primarily because we don’t deal in tedious clichés here at the home of positivity but also because, as exciting as Champions League and FA Cup fixtures are, a visit from West Ham United is absolutely as important. We are right into the gristle of our league season, teeth sunk deep into the thigh of the Premier League beast and it is the teams which put together a good run from March onwards who are often sitting most prettily come May.

Arsenal cannot take anything lightly from now on. We have Man City firmly in our sights and we won’t bring down such a bloated, huge, cash rich brute without we maintain a constant, slavering, blood thirsty snarling at their heels. They need to feel the hot breath on their necks every step of the way. We want them looking over their shoulders and the chasing pack to falter and lose heart behind us. How to achieve this? By treating the likes of West Ham with precisely the same sense of all embracing commitment and concentration as that with which we approached the Man United cup tie on Monday night.

I know we weren’t perfect at Old Trafford. United actually had far more of the game and many more chances than most of us liked to pretend when revelling in the result on Tuesday. That is often the way. Just as we were nowhere near as bad as everyone said after the Monaco game, people do love to allow results to cloud their judgement of what actually happened over the ninety minutes. One thing we can all agree about our performance in Manchester is that it was resolute. There was an unwillingness to get beaten and a determination to keep sniffing for the winner which was so beautifully encapsulated in Danny Wellbeck’s goal. Those same qualities of determination, resolution and a refusal to lie down often count every bit as much as superior ball skills as we lace our flats for the final pas de bourrée.

The other significant factor which we’ve witnessed recently is the role of the so called lesser players in lifting the team when stellar performers are perhaps slightly off their game. It is of course nothing more than an essential aspect of any team sport that people step up when others experience a small dip in form. It is fantastical to expect an entire squad of players to simultaneously hit the high notes. Some may have a stand out season, others may enjoy a number of purple patches, many stay at a decent level throughout. Form comes and goes and individuals fight their own personal battles to get back on song while still contributing to the overall choreography of Arsène’s beautiful ballet.

I’m thinking particularly of the way Nacho Monreal and Francis Coquelin gave themselves up to the needs of the team and the desires of the supporters with the commitment and passion of drunken bridesmaids at the end of a reception, whereas Alexis batted his eyelashes and flirted but never really took things in hand as we know he can. He’ll come good again I have no doubt, but that isn’t my point. I’m more interested in the way the side plugs its own gaps and the way we have been getting results when not at our sensual and fluid best. All of these qualities go together to make up a successful team and if we can keep doing what we’ve been doing the winning confidence will lay the foundations for a return to the free flowing instinctive football of which we know this squad to be capable.

So what of our opponents today? The last time we met them they were above us as we strove to achieve fifth place, which we duly did by taking three points home from Upton Park and playing leap frog with Fat Sam and his merry men. After a good start to the season they were beginning to slide while we were in the process of hauling ourselves in the opposite direction towards our by now customary seat at the top table. The recent form statistics do not make happy reading for our friends from the East End. We are still second, just behind Liverpool while our visitors today languish in eighteenth having failed to win in their last six. A small cautionary note does sound on closer examination of their last six away games. They have drawn four, results which include taking a point home from Swansea, Southampton and Spurs respectively and so the warning signs are there.

Can I tell you anything about how the lugubrious old saggy faced gum chewer will set up his players? Can you tell me the numbers for tonight’s lottery? I can guess that he might suggest they keep a lot of players behind the ball, frustrate us and look to hit us on the break. It wouldn’t be the strangest thing we’ve ever seen but I have noticed our opponents often opting to harass Per and Kos high up the pitch to force us to hoof it long thereby thwarting our taste in patient build up. Tactical geniuses like Brendan Rodgers have been known to send out their teams with the express instruction to go four up within twenty minutes and so we can’t discount that possibility. I recall Hull trying something like it in the cup final last year but they fell short by two goals and so their whole plan went to shit rags.

Personally I don’t give a hoot how the other bloke sets out his stall. It is the way we play that ought to determine the outcome. If they defend in depth we will slowly pull and prod at them until we get a couple of threads started and eventually we’ll get them to unravel. If they come at us we will hit them with rapier like, counter attacking football. If we have one of our perfect games (and we are due one) then they won’t see the ball at all, so it won’t matter if they come out juggling fire and singing the Bolivian national anthem. Like predicting the team line ups I know no more than the rest of you so I’ll leave that to the discussion which I trust will follow my half baked ramblings. Speaking of half baked, my vegan croissant should be about ready by now so I’ll bid you adieu and if you’re not at the match I hope you manage to come across a decent quality stream. If you do, let me know where to find it. Thanks.

← Arsenal In Manchester – Business As Usual
We have our swagger back →