" … if you're a supporter of a club, you have to be, through thick, thin, laughter, smiles and tears" – Bob Wilson
57 Comments

Posted by pedantic George @arseblagger on December 26, 2020 in All Posts 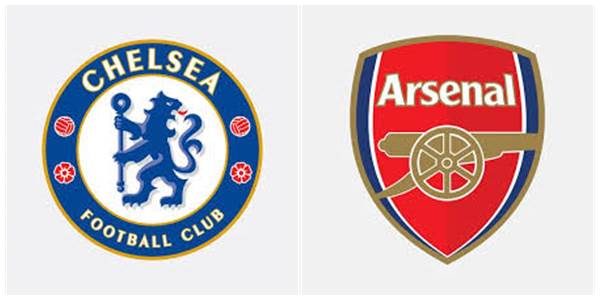 #CHEARS match preview by Shard aka @shardgooner on Twitter

Time can be such a weird thing. I was away from Arsenal and Twitter for about a week and it feels like everything has passed me by, and yet nothing has really changed. We lost again. The same arguments are raging. The same outrage, counter outrage, and outrageous opinions, all mixed with some hope (denial) that things will work themselves out.

A week may not be much time, but what of 3 years? In that time frame we have gone from complaining about top 4 not being enough and why Wenger is wrong to somehow it still being Wenger’s fault.

Well, if plus ca change is to be the theme, that might work out well for Arsenal. 5 months ago Arteta was celebrating winning the FA Cup against Lampard’s Chelsea. After all that has happened since, could things be the same again?

Shoelaces tied and lead weight in our socks

Unfortunately, we go into boxing day with our shoelaces tied together, some serious lead weight in our socks, and with our gloves filled with hot air. Our mouth piece though. PRsenal is gritting its teeth, and showing that it is alive and kicking itself in the shin. All good there, then.

Meanwhile our opponents’ pockets and gloves are loaded, and pack quite a punch. They average over 2 goals a game. Tammy Abraham and Timo Werner lead the charge and the likes of Mount and Chilwell provide the ammunition. Kante is their leading tackler, while Zouma is a rock at the back who has also scored 4 goals. Arsenal have to stay sharp for the whole 90+ mins in this game or it could very easily lead to another goal fest against us.

Not that goal fests are bad if you can attack. Chelsea can be got at, but I have no faith in us doing it. I’m not sure anyone really knows what the plan is. The best I can figure is that we hope to repeat by sitting deep and hoping to catch them on the counter. Do a Mourinho. I mean why not. Arteta has been doing that more and more off the field, so maybe this is just the best we can hope for.

Here’s all I care about really. Arsenal are not only no fun to watch, they give me no sense of pride to follow. Pride which has nothing to do with results. By now my gallows humor has turned into open contempt. I never thought such a day would come. Well, at least it’s something new.

Not new is Granit Xhaka being a figure of hate for Arsenal fans and we can look forward to tweets blaming any and all failures on him as he’s back from suspension. Gabriel is back as well, but the Christmas Partey is cancelled. Auba and Martinelli are both being assessed, while Lacazette is only going to be judged. Oh well, we need martyrs for the cause, don’t we? What cause? Can I say MAGA?

Oh, and just to add some good cheer, take a look at where Ivan Gazidis’ new club sit in Serie A. (Anyone who quotes Emery and Villareal at me is getting banned)

I’m not even daring to wish for a Miracle on Hornsey Street. If one is due I hope it goes towards something more important and more deserving than Arsenal FC. I recently got called the Grinch. I hope I’m not ruining anyone’s festive celebrations, but Arsenal doesn’t bring me any good cheer any more. Enjoy your eggnog to go with the likely goose egg coming our way in terms of points.

Merry Christmas, folks…… If the guy(s) in red and white let you down, you know you can only blame yourselves for having been naughty and flying those planes with banners…… And a Happy New Year to all.

You can also read this and comment over on https://uncensoredarsenal.com

57 comments on “High Hopes But Low Expectations For Arsenal”