" … if you're a supporter of a club, you have to be, through thick, thin, laughter, smiles and tears" – Bob Wilson
82 Comments

Arsenal Will Need Steel vs Irons

Posted by pedantic George @arseblagger on March 7, 2020 in All Posts 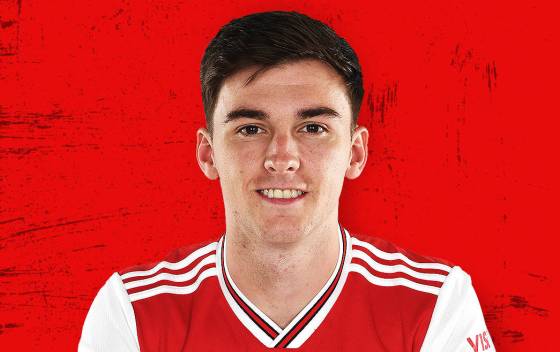 Arsenal host West Ham United at the Emirates in a Premier League clash this afternoon; with both sides needing three points for wholly different reasons.
The Gunners, of course, are five points off fifth-placed Man United with a game in hand, while the Hammers are just above the drop zone on goal difference.
Since the turn of the year Arsenal lost just one of their 12 matches in all competitions. However, that one defeat sticks out like a sore thumb because it resulted in us getting knocked out of the Europa and along with it perhaps our best route into next season’s Champions League. Now with 11 league games to go Mikel Arteta knows that he has to prioritise if we are to edge closer to the European qualifying spots.
Be that is it may, there’s still much to be done but there are also lots to be excited about; particularly if you look at the attention to long-term development with a number of our young’uns now proper first-team players. This gives one real anticipation of what’s to come during Arteta’s reign.
We go into this game on the back of a 2-0 win at Portsmouth to advance to the FA Cup last-eight. Arteta made nine changes to play a Pompey side that hasn’t lost at their own patch all season, and the performance the boys put has helped a lot to ease most of the trauma suffered from the loss vs Olympiakos. It also keep hope alive for the Spaniard to win silverware in his maiden season. That is something no doubt at the back of his mind…however, at the forefront will be the three points on offer this afternoon.
David Moyes’ West Ham side are 16th on the table, but with just two points above 19th-placed Aston Villa are in a real bind.
They have lost each of their last five away matches and won just three on the road all season. With games against Wolves, Spurs and Chelsea following today’s, they could be in a real spot of bother as far as the battle for survival is concerned.
It’s not like they’re gutless though. A fortnight ago they put in a plucky display against Liverpool at Anfield; was leading 2-1 with 20 or so minutes to go, but just couldn’t hold on as the Reds scored the winning goal in the last 10 minutes. They followed that up with a more controlled performance at home to Southampton to run out 3-1 winners – their first win since New Year’s Day. And it’s on the back of that they’re coming to the Emirates.
Arsenal are unbeaten in their last seven league matches at home and have beaten the Hammers in eight of their previous nine league encounters. So whether that win against the Saints will give Moyes’ side enough of a bounce will be telling this afternoon.
Team news
Arsenal’s win at Pompey came at a cost of Lucas Torreira suffering a fractured ankle; meaning he is not expected back anytime soon.
Kieran Tierney is back fit and will be assessed ahead the match.
January loan-signing Pablo Mari was imposing at Fratton Park and could be handed his first league start.
Prediction
West Ham’s result last weekend brought some welcome-relief for the London Stadium faithful but it’s on their travels they’re suffering. And while they may give Arsenal a good run for their money today, I just can’t see them doing enough to put an end to the Gunners’ unbeaten league run in 2020.

← Serious “Danger Ahead” For Arsenal after Olympiacos
How Can Arsenal Upset Man City After Just Edging West Ham? →

82 comments on “Arsenal Will Need Steel vs Irons”