" … if you're a supporter of a club, you have to be, through thick, thin, laughter, smiles and tears" – Bob Wilson
200 Comments

Ooh To Be A Gooner! #ICareToo

Posted by pedantic George @arseblagger on July 17, 2019 in All Posts 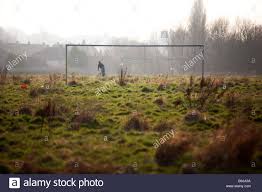 A few years ago one of the greatest contributors to this site, Stu Black, wrote a lyrical piece about the end of the season and the onset of summer. ‘Goals dismantled on recreation parks, bare pitches turned fallow, thoughts turning to days of ease.’ His message was clear: time marches on, seasons come and go and the rhythms of the year lie just under all we do. If players need a break to allow spent bodies and minds to recover, then so too do football fans. And for me, never more so than the end of what is now thankfully last season, a season that initially promised much, but ended up under-delivering.

There were some exciting moments, of course, but also times of frustration, disappointment and downright bewilderment. The first year after Wenger was always going to be a difficult one, for players and fans alike:  some couldn’t wait to usher in the new, some couldn’t imagine life could ever be as good again. It must have been hard indeed for Emery to impose himself on a dressing room full of senior players who had learnt to play the Arsenal way, but hard also for players learning to dance to a different tune. The answer to begin with seemed to lie in hard work: more training, more running, more pressing, more tactics. And up until Christmas, that approach seemed to be working in terms of results, even if the strong suspicion lingered that at times we were unsustainably lucky. And so it proved, the turning point the away trip to Southampton where old familiar weaknesses resurfaced. And that was pretty much that, for despite the promise of an Aaron Ramsey-led revival in January and February, that too fell away, and the final stages of the season were dire. I felt that the players by then were exhausted (all that early pressing maybe), bewildered (by constant tactical tweaking) and disheartened (as the goals dried up). It was pretty dismal, and by the time the league season finished I had had enough. Unfortunately, so too had the players, failing to turn up for the second half of the Europa Final, having squandered reasonable chances to put the game to bed in the first half.

And so I turned my attention to all the other things: family, dog, work, reading, cricket, netball, holidays. And I did wonder whether football (and The Arsenal) would come back into focus, and all  the more so when I realised that the Transfer window was open and that I had never heard of the players I was told we had to buy, apart from Zaha, who was always going to be too good to be true (and what would be the point of signing a suspected diver when we don’t get penalties anyway?).

And I’m still not entirely sure to be honest, but fortunately I (or was it Stan, or Josh) was asked whether I cared, because apparently lots of people who have behaved quite despicably in denigrating the club, have now decided that, after all, they do care. And perhaps they do, in their own way: perhaps they do want to get whatever version of their Arsenal they hold most dear back; perhaps they do want to win all the trophies; perhaps they do want the shiniest new players to win them bragging rights once more. Perhaps they even want to cement their positions as the most important of all the fans, but goodness me, what a strange route to fame and fortune that is. And I guess that that is fine, and it is not for me to judge, as we all have our different reasons for doing anything, let alone for supporting a club whose fortunes we absolutely cannot influence.

But I realise that I do care. That I do want it to be the start of the season again (though not quite yet), that I do want to catch the train and then the tube to Holloway Road. That I will want it to be November with the smell of bonfires and burgers. That I will want to have my heroes. That I do want us to be the greatest team the world has ever seen and that I will be Arsenal ‘til I die. In short, that I will allow myself the temporary madness of belief and hope and love, with all the heartache and the joy that comes along with oohtobeingagooner.

Now, what about those signings then? After all, we’ve got a League to win.