" … if you're a supporter of a club, you have to be, through thick, thin, laughter, smiles and tears" – Bob Wilson
80 Comments

Posted by pedantic George @arseblagger on May 3, 2018 in All Posts 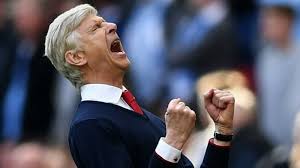 I expect to be put through a wide range of emotions between now and around 10 pm this evening. Already I can feel a knot in the pit of my stomach combined with a familiar sickly feeling that is normally reserved for just before kick off. Fear and excitement in equal measures will come and go until the outcome is settled. Then joy or depression will set in. For some of us weak souls, it will be a long day.

The way the first leg went, if we could have been going into this game 4 or 5 goals to the good , but as we know all too well, its 1-1 and the away goal is a killer.

I expect the team to be the same as started the first leg. The only change could be Mkhitaryan , but where he plays and who he replaces is beyond me. I suppose it would be either Danny or Jack, but given his injury and how well they both played, it would be both risky and harsh.

Honestly, I can’t remember ever wanting Arsenal to win a game of football as much, but I think that most weeks.

Let’s just hope for a good performance, a good Referee and a great result that gives us the chance of one last rousing goodbye to our greatest ever manager, and my personal hero.

← Arsenal: On the Road toward Tomorrow
Arsenal: Eventually memory yields →