" … if you're a supporter of a club, you have to be, through thick, thin, laughter, smiles and tears" – Bob Wilson
97 Comments

If you live outside of the UK are you really a true Arsenal fan?

There has been a lot of recent debate about what constitutes a ‘real’ Arsenal football fan & in some cases this has led to the discounting the army of supporters that live outside the UK. The notion of a tight geographical fanbase might have been the case 30-40 years ago when football support was still traditionally based on local communities and in part where you were born and who your Grandfather and Father supported but that all changed with the advent of globalised TV coverage and then subsequently the inception of the internet and social media.

This has been highlighted even more so in recent times with a number of incidents on social media involving former players, TV pundits, high profile fans and fan platforms questioning the passion, footballing knowledge & the right to support of the overseas fans. In one particular incident one leading member of a fan platform stated that you are not a real fan of the club unless you followed the team home & away every week. This of course is a ludicrous statement and was quite rightly shouted down by many fans both in the UK and overseas for being exactly what it was an ‘attention seeking’ comment. 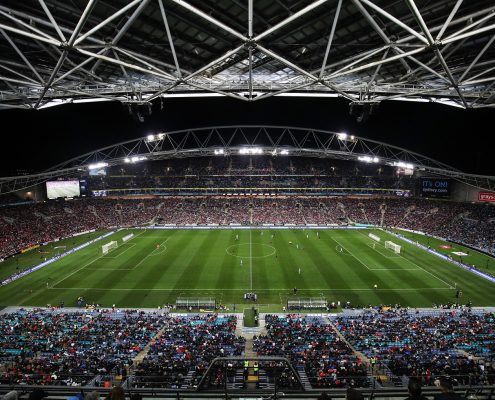 In another case a sometime wannnabe media personality questioned an Indian Arsenal fan online stating you don’t go to games like me so you are not a real fan & as such have no right to comment. Then of course there was the ex-player going to town on the expat Brit now living in the States & calling into question his suitability to call himself a fan. Many of these fan comments are throw away lines used to taunt someone in the heat of debate or argument but unfortunately there are those in the minority who actually believe that they are superior or the only real fans because they attend games.

The truth is that all football fans cannot dictate where they are born and in many cases it is simply not possible to get from their home to the game every week because it is logistically & financially impossible. The over used argument from some UK based fans is that they pay two thousand pounds for a season ticket which entitles them to be recognised over and above any fan living outside of the UK. The fact is that a season ticket does not make you superior nor does it entitle you to act superior over any other fan and if anything it’s a privilege and should be enjoyed as such. No one forces you to pay for a season ticket you do it because you want to and because you can and also because AFC have afforded you the right to purchase one over a long list of names waiting for the same privilege.

The other well-worn cliché is that these foreign fans who may attend a game once or twice a year are nothing more than tourists and dilute the fan base and the atmosphere at the ground. On a recent trip back to London to watch a game an Asian friend of mine spent £1,300 and took 3 days away from work just to attend the Everton game. When I asked him if the trip was worth the money he said it was the most magical moment of his football supporting life & he will do it again in September. That is an awful lot of money to spend on one game of football as well as being away from work for 3 days but yet he said it was all worth it without question. On my recent business trip back to London I was in a pub listening to an Arsenal fan complaining to his mates about Asian fans taking pictures of themselves in the Emirates before kick-off then he proceeded to show a picture of them taking their picture on his mobile phone. When I pointed out to him that he was equally guilty of the same thing he was accusing them off he merely shrugged & said they are only tourists aren’t they. I am an expat Englishman from Fortis Green, Muswell Hill in North London. I grew up a Gooner thanks to my Grandad and Dad as was lucky enough to attend many games both home and away for many years as part of our family group. I was lucky enough to be born in the district in the UK to Arsenal loving parents and I was lucky enough to be able to attend games on a regular basis. Many fans I meet as I travel around the world have never seen Arsenal play live as distance and cost make it difficult for them to get to games in the UK yet they follow Arsenal week in week out. Some can only see Arsenal when they make one of their overseas tours which have become all the rage in recent years. In 2015 Arsenal played Everton at the Singapore National Stadium on their Asian tour and over 50,000 fans crammed in to watch their team play. The atmosphere was electric and the fans sang their hearts out for the entire evening & the place sounded like an English football ground. Many had waited years for this moment and when it finally arrived demand for tickets over the 2 days of games was frenetic with demand far outstripping supply.

In 2016 Arsenal travelled to Australia on another overseas tour and in the game my son attended there were over 70,000 fans at the Olympic Stadium to watch Arsenal take on Sydney FC. Again tickets were snapped up by the football loving public hungry to see their PL team in Action proving that Arsenal could sell out any stadium outside of the UK such is the following and appetite for the club by foreign fans… Football is such a global game these days and teams like Arsenal are global brands so these tours and games are essential for the clubs to stay in touch with their ever increasing global fan base.

When Arsenal are playing in the mid-week European competition many fans around the world have to set their alarm clocks to get up at a ridiculous hour on a work day to watch the game. Social media and more specifically twitter has given us the ability to communicate directly with each other at stupid o clock and very often laugh at each other circumstance online. In my mind this is absolute support from the many fans who live in the far flung corners of the world where the Arsenal and its stars are idolised. They don’t have to get out of bed to watch the game before getting ready for a full day’s work but they do because of their love and absolute commitment to their team.

The days of Arsenal being a local North London club solely supported by local North London fans is well and truly over. Those days ended with my Grandfather & Fathers era. Many of the fans calling out overseas fans as tourists and not real Arsenal fans are not from North London either so it’s all a bit hypocritical as well as being completely unnecessary. Arsenal have over 12 million fans on the social media platform twitter and the majority of them live outside the UK. If you are one of the fans lucky enough to be able to attend Arsenal games regularly then you should count yourself lucky that you are able to attend in person because you were fortunate enough to be born in the UK. In my 20 years of traveling the world for business I have met Arsenal fans from all walks of life from all corners of the globe and I have found them to be as passionate, loyal and knowledgeable as any Arsenal fan in the UK and to brand them as no-knowledge tourists who don’t understand the game is insulting, inaccurate and ignorant. Arsenal’s Emirates Stadium has a capacity of just over 60,000 & and getting a seat at a game is only available to the very few… Just because one person lives in Manila in the Philippines it doesn’t make them any less of an Arsenal Fan than the person living in Islington or Haringey.

Overseas Arsenal fans deserve admiration and respect because they literally have to go that extra mile to support the team many of us take for granted.

97 comments on “If you live outside of the UK are you really a true Arsenal fan?”