" … if you're a supporter of a club, you have to be, through thick, thin, laughter, smiles and tears" – Bob Wilson
74 Comments 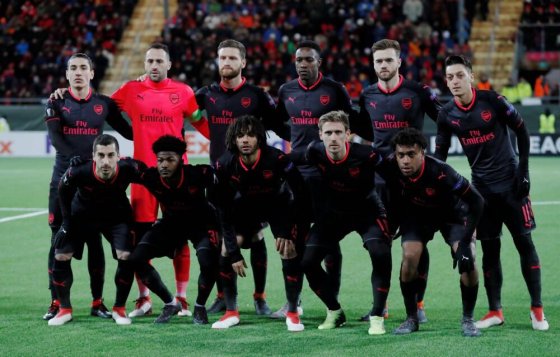 A trip to Ostersunds the most mysterious of mystery trips. The home side with a very respectable set of results in Europe, a sub zero night, a plastic pitch, our not-quite first team on display. What would the evening hold ??

For those who saw the game a professional performance  from our lads against opponents who, for the opening 25 minutes ,appeared totally bemused by the event, like a bear woken unexpectedly from hibernation. From what  ( little) I understand about Swedish football they never play competitive games in February so their lethargy when suddenly confronted with a fully firing Gunner battery was understandable. At 2-0 even I was hoping the home side might pull themselves together and make  a game of it.

And having roused themselves Ostersunds did make a better contest of the next hour, drawing a couple of sharp saves from Ospina as well as as his confident penalty stop, and ensuring AMN, Mo and Ozil had a good run round in midfield. For me our best players on the night were Mhki and Hector, the young Spaniard seems to have recovered his spark for the game in recent weeks. And

Danny did OK, worked hard, made space but needed to be  a bit more decisive in front of goal i.e. greedy. Next Thursday he should get a second bite of the cherry and add to his goals scored tally.

I am pleased we got the third, an important psychological marker. Admittedly 3-0 is not quite the “tie totally put to bed” score Arsene was probably hoping for, but the job is done.

And on a final point, what a ‘liberal’ referee ! He gave almost nothing by way of fouls for either side, and not a card all evening. I checked out the Soccerbase statistics for Senor David José Fernández Borbalán. He is a highly experienced Spanish referee who domestically,  in CL and Europa League games, flashes yellow and red cards like a traffic light – Perhaps the cold got to him ?

← Anti Arsenal Bias?
If you live outside of the UK are you really a true Arsenal fan? →