" … if you're a supporter of a club, you have to be, through thick, thin, laughter, smiles and tears" – Bob Wilson
86 Comments

Arsenal: somewhere over the rainbow

@ReverendGooner provides an antidote to this morning’s sombre mood

Well parishioners as we sit back and pick over the still warm carcass that was 2017 and reflect on our team’s ups and downs we can either be one of two things, we can say hey it’s not all that bad and we are still in with a shout of the top 4 and 2 cups with 16 weeks to go or we can scream ‘Man the Lifeboats’ I’m getting off this tub before it takes me down with it. Now I don’t know about the rest of you enlightened ones but I am definitely the former rather than the abandon ship brigade so I won’t be grabbing my life jacket just yet if you don’t mind. We currently sit in 6th spot as I write this piece 8 points off 2nd place and while this is not ideal its not exactly the end of the world either.

The detractors would have you believe that this is an absolutely catastrophic situation and that the end of the world is nigh. Our manager ‘the old duffer in a sleeping bag’ as some portray him still harbours a large degree of optimism for the season as do many Arsenal fans but hey he’s hardly going to come out and say that we are royally f$#@ed is he so let’s look at where we currently are and more importantly let’s look at our fans expectation and rightly or wrongly where they believe we should be.

Like many of you cyber pilgrims I’m quite active on social media and interact with many fans from both sides of the managerial debate and the biggest commonality is there is no commonality its very simple in that you are either for the manager or very much against him. You can drone on with some justification about match scheduling and referees who cost all teams points with their poor decision making and performances but I don’t think that’s the problem I think its us the fans that are the problem. Fans have expectations and want the club to show ambition to match that expectation but how realistic is that and how realistic are the fans expectations. I say show the same ambition in your own life before demanding it of others then demonstrate that success before holding yourself up as a beacon of hope and enlightenment. 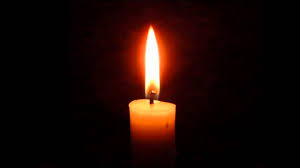 Now some of you will disagree with my opinion and that’s fine that’s your right and one that I am happy to accept as a part time blogger. Over the period of last year, I have had a good look at some of these so called real Arsenal fans and their constant on line rants about the Arsenal Football Club and in particular the owner, the manager, CEO & squad. They offer advice and comment on where it’s all going wrong and how to fix it on everything from owners share allocations, to the corporate structure of the board and of course how to win the PL & CL before the pub closes.

I have had a closer look at the person offering said advice and demanding that Arsenal match their expectation and realise they are just spouting off to paper over the cracks of their own short comings just like the dad at Saturday morning football who was never actually any good at football but continues offering advice to his son’s team demanding perfection and telling everyone how it should be done. We all want Arsenal to do well and we all want to win the PL, CL and every other trophy but there has to be a large slice of reality applied to that expectation. Every other club is trying to do the same thing at the same time and a myriad of factors need to be taken into consideration in order to achieve this. The rise of social media in recent years has only served to amplify this call for ambition from fans 24/7. Now fans can interact with the players, administrators and the media on a one to one basis and while this is a serious step in fan participation and interaction it’s not always been for the best.

The ongoing saga that is the Sanchez/Ozil contract negotiations have further exasperated things which has also served to raise my awareness of the ever-increasing amount of contract and business law experts there are within the Arsenal fanbase. As someone that studied business law at university and works with complex business contracts on a daily basis I would still not deem it appropriate to offer advice or counsel to Arsenal on how best to resolve the issue because I simply do not know the background behind these negotiations or the foundations that the original contracts were based on yet we have Bill the brickie, Steve the Tesco’s manager and numerous bloggers, podcasters and fan tv host’s telling Arsenal’s executive & legal department exactly how it should be done.

Maybe I should shoot a few Investment JV contracts over to these guys for a quick look see on mate’s rates to make sure I’m doing the right thing; the simple truth is we have absolutely no idea what goes on behind closed doors and due to very strict privacy laws we are not about to either. The other great bone of contention is the CL and why Arsenal don’t win it? Today’s CL is nothing more than a UEFA sanction El Classico for Barcelona and Real Madrid (Real3 or Barca1 have won it past 4 years) and on the infrequent occasions other clubs have won the cup its because they have spent an inordinate amount of money to do so and Arsenal Plc are simply not prepared to do that.

On the one occasion we did manage to get to the final we were robbed by a doggy Barcelona supporting referee appointed by Platini’s equally doggy UEFA. In regards to the PL where do Arsenal fans expect Arsenal to be in the league table? If you take any notice of Twitter OR Facebook then we should be right up along side City which is fanciful. Where in our history have we ever been an English & European powerhouse that some fans speak of? The answer of course is never. We have never been an all dominating force like the Utd & Liverpool sides of the past we have had patches of domination and the closest we came to dominating a decade was in the 30’s under 3 different managers: Chapman. Shaw & Alison winning the title 5 years out of 10 (31,33,34,35 & 38). Bertie Mee put together a good side that won the Fairs cup in 1970 and the double in 1971 but then came the wilderness years (1972-1988) punctuated with a League Cup in 87 and the FA cup win in 1979 against Utd. Then there is that old chestnut we want our Arsenal back which again is fanciful stuff. George Graham our 2nd most successful manager in history won 6 trophies in 8 years (1986-1994) but when he was fired for taking a bung the club was left in an absolute shambolic mess both on the inside and out with Alcohol addiction, drug taking and gambling (The Tuesday Club) prevalent in the squad & the club also beset by financial issues so where is this mythical Arsenal they all speak so fondly of.

Arsenal are the 3rd most successful club in English football history but they are still some way off the success that Utd and Liverpool enjoyed. Arsenal were always a good cup team that could nick the odd premiership until the Frenchman came along and modernised the entire set up and I think the Arsenal the younger fans keep referring to is of course Wenger’s Arsenal of his 1st 10-year tenure. Wenger’s time is drawing to a close and new blood is needed to take us into the future because the man simply cannot go on forever but his achievements should never be sneered at or belittled by fans who are either too young to remember Arsenal before Wenger or the ones who are old enough but have conveniently forgotten or choose to gloss over the real facts to suit their current argument. As for where Arsenal should be as far as fan expectation well how long is a piece of string.

Some football fans go their entire lives without seeing their club win a trophy let alone the PL title and yet they turn up game after game to follow their team come rain or shine. They love their team and follow it with passion, loyalty and commitment accepting the good with the bad. Sure, they might have a moan but they don’t carry on the way some Arsenal fans do. Some Arsenal fans seem to believe that we have some inalienable right to always win and win well with style and panache. You will often here the phrase “a club as big as Arsenal” should be doing a lot better than they are. You will also hear the argument that Arsenal now has a lot more money & should be competing better than they are but doesn’t everyone have more money now and no one has more money & the power of investment equity than City.

So, taking into consideration the fact that the PL is awash with money which has dramatically reduced the gap between a lot of the clubs don’t you think where we currently are fighting for top 4 and 2 cups is about right or do you think we should be spending billions of another people’s money to win the PL & CL just to satisfy fan expectation? You know like Manchester Utd are in the post Fergie era. If some of you really do think 3 trophies in 4 years is a bit meh and the FA Cup is nothing more than a B grade trophy these days then maybe you really are “Somewhere Over the Rainbow” so click your ruby slippers 3 times, say there is no place like home and come back to reality.

86 comments on “Arsenal: somewhere over the rainbow”