" … if you're a supporter of a club, you have to be, through thick, thin, laughter, smiles and tears" – Bob Wilson
28 Comments

@LaboGoon on the early programme today

Arsenal’s performance last weekend in the North London Derby was a show off of the amazing quality and the potential we possess. The challenge now and indeed the question on everybody’s lips is can we replicate that consistently.

Football doesn’t work that way though, there’s no exact science if you will.

Sometimes, at least twice a year, you play Burnley, who under Sean Dyche are really well organised defensively and them packing their midfield make them a very difficult team to break down. If you allow them going a goal up, they have the ability to shut you out almost completely. 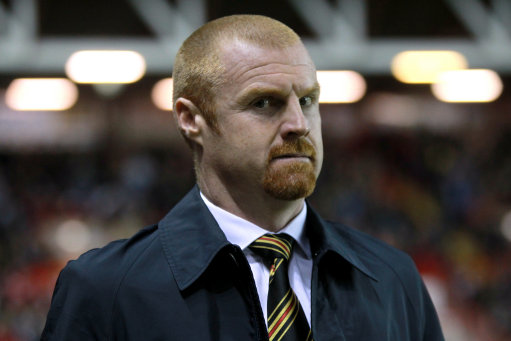 Being level on points with us is not down to luck either, and it would be foolish to even think otherwise.

We did however collect 6 points off of them last season, but they took us really deep both times as we only snatch those in the dying moments. So we can expect them again being focused throughout and very patient. And coming off of 3 successive PL victories… there will be little room for complacently as this could be another butt clenching affair.

Another challenge coming to the fore – we are playing at Turf Moor. While our form at the Emirates can rightly be described as amazing, somehow we struggle on the road. For us to keep pace with the rest of the top 6, we are going to have to start taking some of the Emirates intensity on our travels.

Chelsea, Spurs and Liverpool all dropping points yesterday offer us a real opportunity to capitalize, which I think would add to the pressure – that hopefully won’t get to our boys.

That said, if we play anything close to like we did vs Spurs, there can only be one winner.

On team news: with no new injuries and to give ourselves the best chance to win, I suspect we will start the same match day 11 that did duty vs Spurs.

The schedule over the next 6 weeks will be very demanding dear friends, so we better brace ourselves as teams around us will drop even more points. All we can do is pace ourselves nicely to stay fresh and take it one game at a time. Let the Conte’s, José’s and Klopp’s that have so much to say about so-and-so teams having better festive fixtures get ahead of themselves, while we carpe diem.

Good luck to all watching the game around the globe. Don’t forget to scream and shout for Arsenal, the greatest team the world has ever seen.