" … if you're a supporter of a club, you have to be, through thick, thin, laughter, smiles and tears" – Bob Wilson
55 Comments 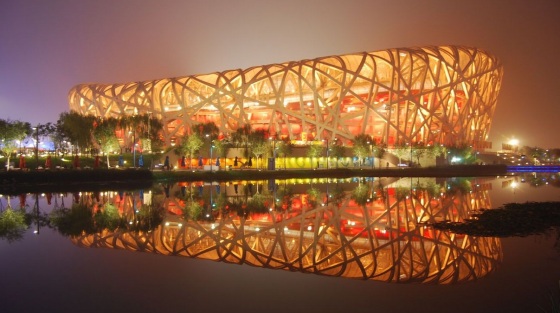 For a friendly I thought that was a decent game. Fair play to the RentBoys who deserved their win. 3-0 was a bit hard to take but we were regularly cut open during the first half, before they scored, and only poor finishing allowed it to stay at 0-0 as long as it did. We created very little in the CFC half during the first 45, and just one save from Courtois. Ospina really did the business on Pedro though, Floyd Mayweather would have been proud. And the referee gave the foul against Pedro ??

The second half was much more even and we could/should have got on the scoreboard. As far as I could see no injuries so unlike last year the tour games have not caused a headache for Arsene as we return to the UK.

Conte clearly started with a stronger team and with what I’d guess is his first choice defence. We started with a far less experienced set up and the difference in defensive quality in the first half was crystal. That is what decided the result. No criticism of Ospina and one of his saves from Moses’ volley was a real peach. I shall not hang out AMN or Bramall. They were asked to step up but it found themselves confronted by fast, determined opponents. They struggled defensively and did not have enough quality going forward to trouble Alonso or Moses. Per was gasping early on and my impression was he was not fit, it may have been his food poisoning has not fully cleared up.

Going forward in the first half ? Attacking ? Chance (s) created?

A very flat first half. Lets move on.

Second half, as I say, I’d mark it 50/50. We made chances and on another day could have got 1-2 goals. Le Coq had a rocket up his arse – more of that please. Larry had fun. Sead is not the sort of bloke you’d want to meet in a dark alley. Alex Iwobi was probably our best player over the course of the full game. As the game went on and it became youngsters v youngsters I thought we edged the football. Pleased with Reiss and his short but confident cameo.

No complaints with referee, pitch was a bit rubbish but I am sure we will play on worse next season in the Europa.

Onwards and upwards from the Bird’s Nest to the Eagles next Saturday !

The season is surely coming – I can smell it.

← In Love With The Arsenal
Alexis Sanchez: A Classic Case of Fake News →