" … if you're a supporter of a club, you have to be, through thick, thin, laughter, smiles and tears" – Bob Wilson
77 Comments

Arsenal Versus Burnley: Slow and Doubtful 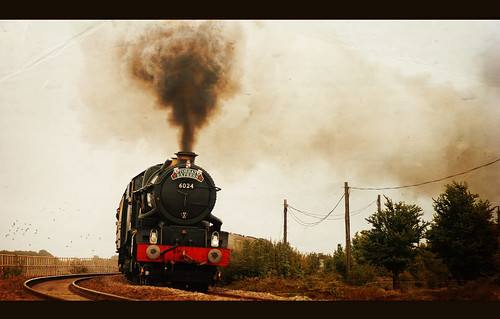 The problem with us football fans is that we will insist on taking sides. Maybe it isn’t just football fans. Perhaps it’s part of the human condition. I was musing on this during a frosty morning dog walk along the trackbed of a now sadly defunct rail line. Don’t get me started on Ernest Marples or we may never get back on topic.

The town of Radstock was built on coal and steam. Now that it has neither it is a strangely soulless place lost in a modern age for which it wasn’t designed. Once upon a time it boasted not one but two stations serving two separate rail companies. As I crossed from the trackbed of the S&DJR, the Somerset and Dorset or Slow and Dirty as it became known, to that of the old Great Western Railway I did so with my lip curled.

You see I decided some time ago I was an S&D man – the obvious truth plain to anyone who cared to consider the facts was that it was just a nicer railway, superior in every respect. Smarter livery, prettier scenery, more desirable destinations. As I waited for my three legged collie to catch up I couldn’t help wondering where this need to endlessly choose a camp and stick with it arises. It is, on sober reflection, utterly bonkers.

Having a favourite bygone railway and despising its closest rival, this is surely the product of a deranged psyche. Yet there it is. I will argue the superiority of the Serene and Delightful over God’s Wonderful Railway, as its deluded followers would have it known, and I won’t budge an inch. As football fans we too take this approach to the very limit and never doubt the sincerity of our beliefs.

Take Danny Rose. When you watch him play what do you see? The same as me I’ll wager. We see but two defining qualities. Violence and cheating. He will go out of his way to kick his opponent and will roll on the floor as if shot, clutching his face if anyone comes within two feet of him. These twin traits are not the product of a weak mind or a lack of self respect, or self control. These are two parts of a careful strategy, and of a long game. Injuring your opposite number has the obvious potential to make your life easier. Provoke him into retaliation and you have the perfect opportunity to try to get him sent off. The two dovetail beautifully.

Now, go out and find yourself a decent and honest Spurs fan, then ask what she sees and do you know what? She’ll tell you she sees the best left back in the league. Neither you nor she will be lying. How can these circles be squared? How does such an untenable paradox exist? I can only imagine it is dear old Nye Bevan‘s “This is my truth tell me yours” in action.

There is no reconciling two opposites. To those gymnastic centrists able to balance on a fence of their own self righteousness the people on either extreme seem so far distant that they are all but indistinguishable from one another. Hence the feeble minded old cliché of both extremes being as bad as one another. To them extremely good and extremely bad are somehow one and the same.

What happens when this polarisation becomes internecine? Civil war. Strife. Irreconcilable enemies no longer listening. Brother against brother. Friend against friend. Or The Arsenal Family, as we call it.

I’ve come to the conclusion that using this platform to fire my truths over no man’s land at an enemy trench filled with people wearing the same uniform as me hasn’t just become old it’s become pointless. As pointless as picking sides in an obsolete dispute over who runs the best local rail service. I’ve had enough of it. I’m never going to convince them of my truth and I sure as hell don’t want to hear any more of theirs.

So from now on I’ll just focus on the football if it’s all the same to you. It won’t be as spicy and those of you who just enjoy a fight will no doubt find it dull but you can always go score some points off your nemesis du jour to buck yourself up.

Today we host Burnley at the Emirates Stadium in a match which is the beginning of what Arsène described as a “moment of truth”. A pretty long drawn out moment as it lasts from now until May but I think we all know what he meant. With Chelsea in dominant form and the clubs around us dropping points we need to establish a long winning sequence if we want to be in the mix at the end of this ‘moment’.

Burnley will take heart from Swansea’s heroics at Anfield yesterday and will look to add weight to the ‘no easy games’ mantra to which I for one subscribe. I expect the visitors to provide obdurate opposition today. They’ll be looking for counter attacking goals and especially to force corners and free kicks around our area. I don’t expect them to time waste from the kick off but rather to follow the example set by Preston which Swansea attempted to emulate and get at us early.

Get a goal and then man the barricades is a fair approach when playing Arsenal but it does leave cracks through which we can slip. It isn’t a risk free strategy but a more capable side than Preston could have made it pay and Burnley are without doubt more capable.

Expect patient build up and a gradual tightening of the screw until the first goals come. It has become a pattern of late and not one I see changing against this level of opposition. Try not to panic if we have to defend occasionally and remember fast free flowing football is almost always played on the counter – you can’t play like that against two lines of five camped on or around the eighteen yard line.

My prediction is that we’ll win but it will be hard going at first. I particularly want to see Aaron on the score sheet but it would be a brave punter who bet against either Olivier or Alexis getting the goals again today. Why Aaron? Quite simply when he finds his groove and starts scoring he is a force of nature and can be the kind of player to push us up that extra gear we need if we are to win something this year.

Enjoy the match I’ll see you here at two fifteen.

77 comments on “Arsenal Versus Burnley: Slow and Doubtful”