" … if you're a supporter of a club, you have to be, through thick, thin, laughter, smiles and tears" – Bob Wilson
216 Comments 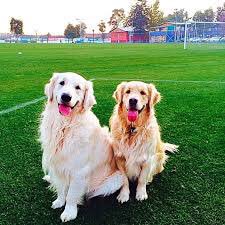 Got your breath back yet ?

Nor have I – What an afternoon !

Of the game itself ? In contrast to a number of recent games we started well, brisk, with sharp passing and movement and throughout the first half it seemed just a matter of ‘when’ we would crack the Burnley defence and certainly not ‘if’. Ozil looked fitter and more mobile today than he has been in months and Iwobi’s touch on the ball was superb at times. Fair play to our visitors, they did more than put ten men behind the ball but we were clearly a yard faster than them and a split second quicker. They clung on, no doubt slightly relieved to trot into the dressing room still even.

A predictable first half then gave me no clue as to the tumult that was to follow. There was not even a small cloud nor the beat of a butterfly’s wing to alert me to the 45 53 minutes of imminent uproar, to enjoy, endure and finally emerge from bruised but triumphant. It was a game to savour, but only with hindsight. To live through it was to tour the circles of footballing Hell.

The second half had so many pivotal incidents, an almost unique catalogue of controversy and contortion. You could sense after 50+ minutes, and still with no goal, we were beginning to get a bit more desperate, and not in bad way. Events unfolded!

First, we had the Mustafi “penalty”, and then we had the Mustafi goal. A good finish from the influential German and, in the context of the game, what should have been the decisive strike. Burnley’s heads dropped. The visitors appalling away record ( P9 L8 D1) heading for another frustrated notch BUT NO! Within five minutes we had a third twist of the sunlit drama;

Granit, Granit, Granit, Granit, ……………Granit! You can’t do that, you just can’t, without risking the red. My little Swiss chum, the officials have their eye on you. I know Mr Wenger will be discussing the matter with you and your parents this week.

From smoothly controlling the game with a deserved lead we were firmly on the back foot from the 65th minute calamity. The light blues clearly felt they could get something and it required a solid defensive performance hold them at bay. But we did. They never really opened us up. Kosc always had a boot in or Monreal his head in the way, Petr calmed the scene. By the time we got to the 90th minute , and even with 7 minutes added time to suffer, I thought we had the points, a scruffy 1-0.

BUT NO! Two penalties in time added on. Two for goodness sake. Le Coq clipping Barnes’ knee, much to the apparent mortification of Mr Wenger, then Mee’s studs connecting with our French defender’s temple. Both correctly awarded by Moss, both despatched by shots straight down the middle of the goal, with the Chilean’s panenka the work of an artist very sure of his brush strokes.

Of our players?  I thought Ramsey was outstanding. the Welshman had been playing well but the departure of Xhaka called for him to put in a decisive performance in midfield, to be the BIG player, and he put in that work. At the front Sanchez had a good afternoon even by his own exacting standard. As referred to above his slotting the winner in the 98th minute in such an important game is the work of a professional with no fear – magnificent.

Of the opposition ? The game ended with Dyche frothing at the mouth, and I admit I felt just a twinge of pity for the ( by then) ashen faced Burnley supremo, so close on two occasions this season, but no cigar at all. He must dream of Laurent Koscielny, poor man.

I am calm again now.

So on to Cup glory on the South Coast after a pleasant week of footballing inactivity. Enjoy the remainder of your Sunday.

← Arsenal Versus Burnley: Slow and Doubtful
The Refs Are Biased (Part I) →