" … if you're a supporter of a club, you have to be, through thick, thin, laughter, smiles and tears" – Bob Wilson
162 Comments

Thank You Arsenal 1st Team, We’re Moving On Up 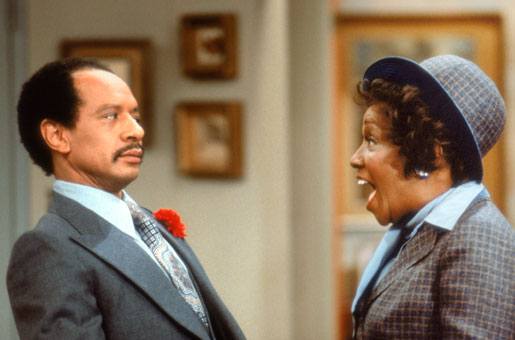 I won’t be presumptuous. In the unlikely event any of you saw my open letter last week, either through the Arsenal media office or through your PR person, you may be aware that many of us Gooners have not given up on the season and are anxious to convey this to you. With 17 games to go, despite the usual nonsense from journos in mainstream media and the self-appointed experts in blogs and on twitter, an eight (8) point gap with Chelsea is not insurmountable.

I spent a lot of time in my last letter showing in the 1997/98 season, after New Year’s Day, Arsenal was dead and buried, in 5th place, 12 points behind Manchester United:

By the end of the season Arsenal had made up the difference to beat United to the title by one solitary point:

I would suggest that you face an equal if not slightly less of a challenge than the class of 1998. As of the completion of round 20 on January 4, the table read as follows:

That is only eight (8) points, compared to 12. Some people will try to convince you that things have changed; this time it is different because Chelsea have spent so much money on quality players. Bollocks. Let’s rely on the words of the Boss, when he described the competitive environment of 1997-98:

“I soon realized when I came to Arsenal that teams raise their levels when they play against us. I would watch opponents on video tape and then see a completely different performance when we played them because Arsenal is such a big club and other sides badly want to beat us.”

This was the exact scenario in Saturday’s match vs Swansea. In the first half they came at you with guns blazing, similar to Bournemouth in the previous PL game. But you guys reacted beautifully. Soaked up the pressure, limited their chances, gradually took control of the game, hit them on the counter and score goals repeatedly. Four (4) goals on the road and a clean sheet to boot. As the Boss said you were “relentless” to the end.

As most of you guys know from experience, things can change very quickly in football. In one round of matches, after 21 games, Arsenal has moved from 4th to 5th, snapping at the heels of  both Liverpool and Tottenham who at 45 are only one point ahead. Trust me, none of those two teams immediately above us have the depth in quality players as the Gunners and sooner or later the cream will rise to the top.

Despite the margin of that victory over Swansea, the usual infantile, barely literate gaggle of ex-pros who pose as unbiased pundits in mainstream media were doing their best to belittle your chances. Now most of them, you think, having played and suffered against the Arsenal, would be intimately knowledgeable of recent 20-year history under Arsene Wenger.

Yet last Saturday, after you guys hammered Swansea, Paul Scholes, Owen Hargreaves and Robbie Savage came up with the lame trope that the top-six is more competitive than ever and Arsenal will fall out of the top-four. From the mouth of Scholes on BT Sport:

“I’ll go for Tottenham and Arsenal, fifth and sixth,

“Because I think the other teams are better than them.

Knowing as we do the unbiased data of the past 20-years, this is truly the opinion of a simpleton, yeah.

Savage is no better:

Equally a part of the blind, stupid herd was Hargreaves:

“Yeah I don’t think Arsenal are going to make it this year,”

Those of us on the western side of the pond are similarly afflicted by this mindless punditry by, of course, ex-pros from the English game. We had to put up with the two Robbies of NBC-Soccer (Robbie Earle and Robbie Mustoe) who discounted your demolition of Swansea and kept bigging up Spurs as title contenders. These are guys who played for clubs which in their day were regularly thrashed by Arsenal. Uhm. Do you see a pattern here?

(A friend of mine on twitter (The Big Apple@lagrossepomme) described this as “Pret-a-Porter” analysis, meaning ready to consume, standardized opinions-analyses that follow the same narrative.)

Like us fans, you guys must be wondering how silly these guys feel when, less than 24-hours later, their favorite team Manchester City is routed 4-nil by Everton, giving another shambolic display of defending. How bad was it? The Toffees had 4 shots on target; all of them scored. As for league position, the only team that moved up and into the top-four  over the weekend was The Arsenal. Ouch!

There is still a long way to go in this season but there are hopeful signs. As someone noted on twitter:

In my opinion, while this is a small sample size it is a good omen. I am sure you guys will build on that. With Santi looking set to once again go under the knife, Elneny at the AFCON until late January and Coquelin recovering from injury, Rambo and Xhaka will simply have to grow up in the heat of battle. You all know they can’t do it alone in central midfield. Teamwork is essential to overcome any weaknesses in our set-up. Fortunately you are a stronger group than last year. At the same time last January you had to depend on good old Flamini (god bless his pointy-shouty efforts) while Elneny was feeling his way into the league.

Have no fear, Chelsea is due their run of bad games. Every club has a dip in this Premier League marathon of a season.  Based on the data, if the injury gods can rein peace on us, you the class of 2017 will make this a real title-race. I am convinced of this, especially because you are under the leadership of the greatest manager in the league, whose been there, done that.

← Arsenal : Rumble in the Mumbles
Arsenal Versus Burnley: Slow and Doubtful →

162 comments on “Thank You Arsenal 1st Team, We’re Moving On Up”