" … if you're a supporter of a club, you have to be, through thick, thin, laughter, smiles and tears" – Bob Wilson
188 Comments 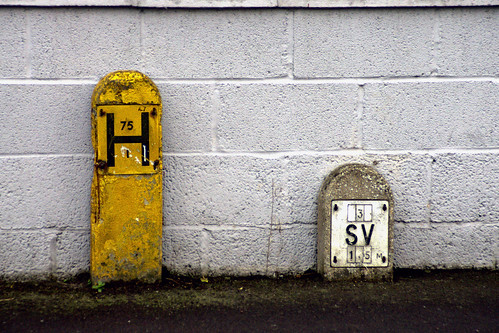 The Clash of the Invincibles takes place at historic Deepdale this evening. Quite rightly held back until the less significant fixtures have finished, this is the unquestioned jewel of the third round. A meeting of two venerable clubs, both famous for their contributions to the English game and both special for achieving unbeaten success at the pinnacle of the league.

Their fortunes have varied in recent years. Arsenal have become a byword for consistency. While other clubs have risen and fallen, enjoying their moments in the limelight, North London’s pre-eminent sporting establishment has been an ever present in the heady atmosphere of the upper echelons of top class football.

Preston North End have been quietly working their way back towards the top flight. Their rise from the fourth to second tier has been achieved in a steady fashion winning the promotion as champions twice in four years and finishing in the top five of League One (and Championship after it’s name change in 2004) no less than five times. This season they’re sitting in eleventh place having won ten, lost nine and drawn six.

What can we expect from them? Reading a Preston forum their fans seem to think Arsène is either arrogantly resting players or frightened his pampered softies will be scared of getting a kicking from the North End midfield. How refreshing such forward thinking attitudes are still prevalent in the modern game. In fairness most of them were bemoaning the absence of Sanchez, feeling deprived of witnessing at first hand one of the game’s true greats. This is odd when you consider that the real treat they are being deprived of is the sight of Mesut Özil. I suppose this just shows the influence the media have on the opinions of fans.

We are of course anything but arrogant and entirely aware of the possibilities for a lower division team to overturn the odds and beat one of the nations greatest ever clubs. Cup competitions thrive on such tales. Needless to say it is a romance we as Arsenal fans indulge in only when someone else is on the receiving end. My only concern is whether the side will gel. We all know the reserves are good enough individually but we saw against Southampton in the League cup how a patched together eleven can lack understanding and cohesion, but I don’t expect a repetition today.

I await the team sheet with interest. We know who won’t be there but the question is who steps up? Everyone assumes a Xhaka Ramsey central partnership but how about the forward line? I really want to see more of Lucas Perez but he is little bit ankle nobbled or something. I hope it isn’t serious and he gets to play – ideally alongside Olivier Giroud.

While it’s true that Giroud almost single handedly dragged us back into contention on Tuesday and could have taken a twenty minute naked lap of honour as far as I’m concerned so herculean were his efforts, it was his partnership with Perez that most caught the eye.

It was almost an old fashioned forward pairing, with the big guy winning the ball and the smaller bloke running off him. That is the kind of set up even footballing illiterates like me can understand. Of course the skill set of our number twelve is way in advance of the old big bruising centre forwards who used mainly to provide the knock downs on which their trickster little cohorts would feed. However I don’t want to get too side tracked into talking about players as I usually end up wasting words on guys who then don’t even make the bench.

For romantics the FA Cup got off to the worst possible start yesterday with the oil rich money burners flattening plucky little West Ham like a steam roller taking on a bag of Maltesers. It was clear from the team sheet that Man City were not going to mess about and I wasn’t surprised Guardiola took the tie so seriously – even fielding a proper keeper for a change.

With so many so called top managers and so many of the world’s best players crammed into the Premier league and with all the rabid, out of control fan bases demanding the league title as a minimum price for their support, the FA Cup has taken on ever greater significance. As long as only one team can finish first the scrabble to get the second most important crown in English football becomes increasingly frantic. I don’t anticipate the giant killings of yore, the tournament is simply too important to the top clubs to risk making a bollocks of their first round.

This just means getting to Wembley will be that little bit harder for Arsenal this season, but the journey will be all the more enjoyable for it. I hope we start today with an emphatic victory to make the pundits weep but most of all I just want us to win without any more injuries. Please.

If you’re making your way to the Clash of the Invincibles I wish you a safe journey. I’ll be schooling my nephew in the significance of his first ever FA Cup tie, safe and warm by the radiator. And for those Preston fans mourning the absence of a certain sulky Chilean – chin up – this may actually be the day you get to tell your grandchildren about. The day you saw Alex Iwobi in the flesh.

← Arsenal Mid-Term: The Good, The Bad and The Ugly
Arsenal: Preston Floored By Larry’s Sword →

188 comments on “Arsenal Versus Preston North End: The Decider”