" … if you're a supporter of a club, you have to be, through thick, thin, laughter, smiles and tears" – Bob Wilson
171 Comments

Arsenal Versus Hull: How Do You Like Them Apples? 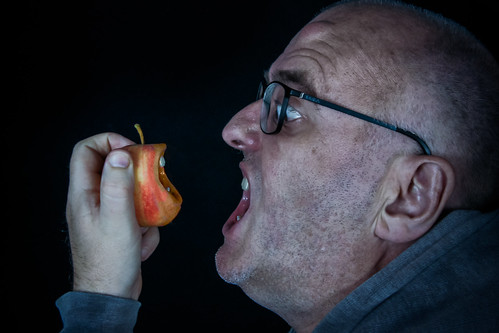 Anyone who knows me knows of my interest in obsession, addictive behaviour and the curiously exaggerated importance we attach to football. Anyone who reads Positively Arsenal (you for instance) is an example of the most successful evolutionary outcome the world has ever seen. Intelligent beyond the imagination of our ancient ancestors, dangerous and powerful by many magnitudes beyond the limits of all other species. Don’t believe the Netflix programme Zoo. There is nothing the animal kingdom could ever do to threaten us now. We are mighty. We are at the very pinnacle of the selective process.

And yet we actively choose to allow a football match to dictate our mood each week. Not even the whole match either. The result alone can send us spinning to the depths of sullen, ill tempered misery. Snappish with those we love, enraged out of all proportion with anyone foolish enough to cross us.

I recently experienced a further manifestation of this football related mental disorder. I’ve been reading Homo Deus by Yuval Noah Harari. It’s a book full of fascinating insights into the algorithmic processes which drive our behaviours and just how little real choice or free will we actually have. In one section he describes experiments into the way the brain can be stimulated artificially. Scientists can entirely control the actions and desires of lab rats and are quick to reassure those concerned with animal rights that it’s all OK – the rats are convinced they’re enjoying the experiments because the scientists make them think they are.

Similar techniques are employed on humans to relieve depression, to make people feel they are making certain choices and are enjoying those choices. Trans cranial direct current stimulators are complex helmets worn by test subjects. They use electrical impulses fired directly at specific areas of the brain. Sally Adee, a journalist for the New Scientist agreed to take part in an experiment. She entered a combat simulation suite wearing such a helmet having previously attempted the ‘game’ without it. The first time she was terrified, panicked, and  in a real situation would have  very quickly been overcome by her assailants. When back in the suite and with the helmet taking charge of her mood, reflexes and choices she was transformed into a kind of Zen Rambo, calmly picking off every attacker in a relaxed, blissful, methodical orgy of virtual killing.

Without the usual humdrum human distractions of self doubt and external pressures Adee was turned into a proto futuristic super human. And what do you suppose was my first thought on reading about her experience? An operatic vision of the future of all human kind? A clear and terrifying insight into the techno-dystopia which awaits us? Nope. I pictured Santi Cazorla, his micro chip implants aglow, banishing all anxiety and the very possibility of failure as he stepped forward to take the winning penalty in the Champion’s League Final. Football. Of course. It invades almost every bloody thought we have.

Where Hull City are concerned Santi has already written his name on the Arsenal history book, never mind it’s future. Without any artificial support or stimulation, relying only on the natural ice water in his veins he placed as perfect a free kick as you could hope to see over the Tiger’s wall and put us back into the FA Cup final at as good a moment as he could have chosen. The rest, as they say is cliché, but I believe it was that moment which sparked the latest successful chapter in Arsène and Arsenal’s illustrious story.

Poor Hull have really suffered against us in that particular competition. In the league one would need to go back to 2008 for their last victory over us and all the way back to 1915 for the win before that. So history suggests the three points should be eminently achievable. Of course as Mark Twain said “History doesn’t repeat itself, but it does rhyme.”  Although I’m not sure quite how much to read into that where today’s game is concerned.

Hull were written off by the ‘experts’ before a ball had been kicked this season. Losing their long time manager, short of players, the subject of takeover attempts, and with unrest among the fans in the stadium their return to the Premiership looked less than triumphant. And so of course they proceeded to beat the champions on the opening day and won their following two matches coming a cropper at Old Trafford by the only goal of the game before drawing away to Burnley. Their caretaker boss picked up the manager of the month for August and now we travel to the KCOM stadium on equal points with the home side unsure precisely what to expect.

Traditionally the game against unfancied opposition in the week of a Champion’s League fixture is seen as a potential banana skin. In truth any Premier League side presents a threat, no results are guaranteed. While we have been treated to some thoroughly entertaining games so far this season I can’t say the machine has been running as smoothly as I might have hoped. A couple of players have looked a little short of form and the team as a whole hasn’t seemed as coherent as we have come to expect.

I strongly suspect the hangover from the international tournament, allied to the new faces in the squad has hampered smooth progress. Arsène must take into account the players who require a long lead time into the season following their gruelling summer, those coming back from injuries and those he needs to integrate into their new surroundings. He has unsurprisingly stuck with tested combinations where he can and used the new guys sparingly. The obvious exception is Mustafi who, given the injury problems in his particular area of expertise, has had to get straight on with the job .

These issues will of course cease to be a problem as the season progresses. The crucial thing is to keep grinding out the results until things settle down. As much as I’d like a repeat of the first half of the Watford game I’ll settle for the grim determination with which we climbed back into the saddle after PSG looked like they had knocked us clean out of our stirrups in the first minute. Will we see a changed team sheet? You know what, I never used to play those silly selection games so beloved of the amateur footy writer and so far when I have pondered on the likely line up I’ve been sufficiently wide of the mark to remind me why I don’t pad out the blog with such nonsense.

All we know for sure is Arsène’s preferred back five and that when fit, Mesut and Alexis will be very likely to start. The other four places are anybody’s guess. Why football fans like to moan about the manager’s selection is truly baffling. Naturally we have our favourites and we always want to see our favourites play but there is something wrong with your mental health not the manager’s if you think that should have any bearing on team selection.

Your green grocer knows best how many Granny Smiths he’s likely to need to order for any given week. You don’t. All you know is when you fancy an Egremont Russet for a change but he has sold out of them you experience disappointment. It doesn’t mean the greengrocer is a moron nor that it’s appropriate for you to call him one. It certainly doesn’t qualify you to lecture him on which apples he ought to stock.

Anyway, whatever the line up with which  the man in the know decides to go there are players who will be either keen to keep their places with a very strong bench breathing down their necks or others extremely motivated to shine if given a chance to start. All of which ought to bode well for the team and therefore for us super evolved, highly intelligent, mega beings who’s happiness is entirely dependant on them having a good day at the office.

171 comments on “Arsenal Versus Hull: How Do You Like Them Apples?”