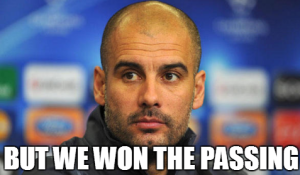 A foul morning in NW Norfolk but a lightness of touch in the fingers as I sit down for another day of digital derring-do.

What a night eh !

My impression of Us ?

A massive EFFORT from every player in red, and one in orange. They applied themselves throughout the 94 minutes, for every minute and every second. A plan had been worked out, it had to be. That performance was not spontaneous, it was not thought up ‘on the hoof’. It was designed and efficiently executed.

I admit, in my weakness and at times, I began to doubt the wisdom of allowing the opposition so much of the ball. Surely to allow players of calibre and speed we were facing that amount of time/space/possession 30-40 metres out is to invite calamity ??

But no! As the Germans tried to take the game into the scoring zone the door slammed shut in their faces, their runs were frustrated, their shots sometimes high, sometimes wide and when on target our keeper dealt with them effectively and with no theatrical flourish. Not once all evening were we opened up. Not once did Mr Cakir have a hard question put to him about any ‘incident’ in the Arsenal box.

After careful overnight reflection I have come to the inescapable conclusion that was probably the best Arsenal defence performance I have ever had the pleasure of watching, taking into account the quality of the opposition.

I am sure you each have a favourite performer on the night, some for the spectacular and decisive moment, other you will have chosen for a relentless contribution to victory over 94 minutes. However I shall name no names among our lads as man or men of the match. All 14 were equally responsible. Had one failed to concentrate, to keep their foot firmly on the writhing Bavarian serpent then we should surely have failed.

A magnificent football team. Hugely impressive in the confidence of their passing, one touch, bang and the ball is gone, 10-15 metre passes all night. I imagine that style of play is incredibly hard to play against. The moment you go to the player with the ball it is gone. As you concentrate players on one side of the defence the ball is the other side of the pitch.

Unlike Guardiola’s earlier Barca sides there is no ‘tippy-tappy’, every ball seemed to have a purpose. The one thing they do have exactly in the style of FCB c. 2011 is their style of play without the ball, and particularly in the first half it showed. If the visitors lost possession a posse of black shirts would surround the Arsenal player and the slip retrieved. It took us the first half to really get to grips with that intensity.

The stand out individual in black ? Douglas Costa is good, a bit of quality. A classic winger, quick feet, can go inside and out, difficult to knock off the ball. Having read the aggregated efforts of Her Majesty’s Press Corps ( Sports battalion) this morning I saw that, apparently, Hector Bellerin put in a poor performance. Utter nonsense in my view. Costa put in an outstanding performance and left poor Hector on his arse a couple of times first half. That however is a mark of Costa’s quality, not Bellerin’s ineptitude. Our young Spaniard however stuck to his job, stayed with Costa, frustrated the Munich wingman, and eventually mastered the Brazilian. It was Costa who faded, not Hector. Pep is not an idiot. He knew the race had been run for Douglas and why.

The final observation I can offer is one that comes from being in the ground last night. So detached was I from what was actually going on that I thought the second goal was the final whistle. I was baffled to see Bayern kicking off again !

However because as a spectator I am not locked in to the action for 94 minutes it gave me the opportunity to look at other things, and one thing tat struck me is how ‘SLY’ Bayern are. This is not a criticism as such but every opportunity they had to gain even a tiny advantage, for example slow the taking of an Arsenal free kick down, they took it. Nothing is wasted, no incident too trivial to try and screw some benefit from. I contrasted that approach with, at one point, Theo sportingly giving the ball back only to see the Germans take advantage as we were unprepared for their quick effort. There is a lesson there, somewhere.

73 comments on “Arsenal – Fun Fun Fun on the Autobahn”