" … if you're a supporter of a club, you have to be, through thick, thin, laughter, smiles and tears" – Bob Wilson
116 Comments 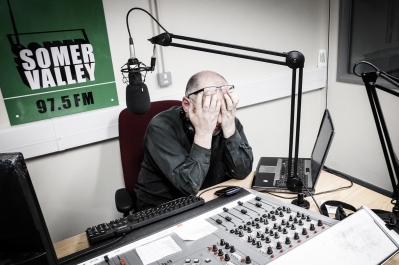 I have a confession to make. It’s an embarrassing one and I hesitate before the court of public opinion. Perhaps I should delay the awkward moment when I must unbosom myself of my misdeed. Instead allow me to furnish you with a little background to the story. Yes I think that might be helpful.

For the first two matches of this European campaign I have taken out my diary and struck a thick red line through the to do list, banished my family, told the dogs to expect an early walk and settled in to watch the match with no more than the merest whiff of guilt at my selfishness and lackadaisical approach to my responsibilities. Now I know what you’re thinking. Stew, given the way results have gone in the opening games, whatever it is you have planned for tonight just go ahead and do it, foolish little superstitious muggins’s that you are.

Now, generally, it must be said that my to do list makes for pretty sparse reading and most days of the week my absence from the outside world goes unremarked. This time however as with the last game I actually have something to cancel. You see, every Tuesday evening I like to sit in a small room and talk to myself, occasionally playing a little music by way of a diversion, a sort of entertaining punctuation to my meaningless verbal meanderings.

Sounds fun doesn’t it? It is actually the realisation of a boyhood dream. From an early age I used to lie beneath my bed covers tuning, as Elvis Costello would say, the late night dial, listening to the hit parade through the static and whirring of the medium wave band. Once I’d been given my own record player and started spending my pocket money in Dave Parson’s Record Shop I would alternate between strumming along on the strings of a tennis racket in front of the mirror and introducing the singles to no one in particular. I wanted to be first and foremost a rock musician and secondly a radio DJ.

The wheel turned, the days flew from the calendar, the months grew into years and now, at last, on one evening every week I get to live the dream. Or at least one of the dreams. And you know what? I’ve discovered that actually presenting a radio show and just pretending so to do in the privacy of one’s bedroom is precisely the same thing. You sit in a room, on your own and say ‘this is Sweet and their latest hit single Blockbuster’, you turn up the volume, keep time with a pencil tapped lightly on your teeth until the record stops and then you repeat the process with Gary Glitter’s Do You Wanna Touch Me. Simple.

So I have a straightforward choice: do I cancel my radio show letting down an adoring public, possibly shattering the dreams of a small transistor wielding boy, gripping his equipment furtively beneath a malodorous duvet, thereby potentially robbing the nation of a future star of the wireless, or do I soldier on in the certain knowledge that no bugger will be listening anyway as there is a football match on the telly?

I fear this narrative train has now arrived at my Waterloo. It’s confession time folks. Here goes: I very nearly decided to miss the match and go to the radio station as normal, on the grounds of nothing more than a superstition that maybe if I did the fates would conspire against me and I would miss a famous victory. Me. Mr rational. Mr que sera, take it as it comes, what will be will be, there is no fate, no higher power and nothing I think or do will make a jot of difference to the success or failure of my team. That man attempted to appease the fates and alter the future. I must be losing my grip. After all if there were any potency in the kind of superstitious rituals indulged in by fans and players of both sides then both sides would win. Every time. Which is of course impossible.

Yet I allowed myself, for what I would like to describe as a fleeting moment but what was actually an embarrassingly long one, to toy with the idea that I might influence a football match taking place in London by not watching it in Midsomer Norton. Honestly, what is this madness? I wonder sometimes if I haven’t let this whole Arsenal thing go a little too far.

So, let me allow reason to return to its throne. Acting with logical common sense I should cancel my show and watch the match, right? Because it’s important that I watch it isn’t it? More important than fulfilling my childhood dreams. More important than honouring my responsibilities to the station and its listeners. After all imagine what might happen if I don’t watch! Oh bloody hell. I’m damned if I do and I’m damned if I don’t. It’s not as if it’s a cup final or anything is it? Nothing will be decided tonight whatever the result. If the very worst was to happen we’d still have a shot of getting into the Europa League with the chance of beating Spurs in the final, and wouldn’t that be fun?

In any event I decided long ago that I’d had enough of superstitious rituals. It was the day Arsène finally lost a match against our North London rivals, the same day I had dropped and smashed my ‘lucky’ Arsenal mug just before kick off. So now, in order to best influence the outcome of any given match I stick religiously to my principle of not indulging in any superstitions at all. It usually works, but sometimes doesn’t.

Whether I watch it or not tonight’s match is an intriguing encounter. There would have been enormous pressure and scrutiny on Arsenal regardless of the preceding results but having been on the receiving end of two shock score lines already the players know they are treading a treacherous path. Walking blindfold over one of those rope bridges strung high above a rock strewn canyon with several of the wooden slats removed springs readily to mind. One false step will be one too many. Can they get across to the other side? A win tonight would certainly get them a bit farther over. It would provide a much needed fillip for their confidence. Let’s face it we know they have the ability, it is self belief that must have taken a hammering after the earlier upsets. We should perhaps consider the words of the poet Tennyson who tells us

“men may rise on stepping-stones

Of their dead selves to higher things”

and I don’t think I could have phrased it any better myself. Quite a lad with the old quill and parchment, that Tennyson.

Looking at it positively if we triumph over Bayern and assume both Olympiacos  and the junkies of Zagreb fail to do so then we will have regained a little of the lost ground. We know we can beat them, we’ve done it before. We then need to exact our revenge on the other two and see what they can do against each other – let’s face it they can’t both win those games can they? The group could yet be tighter than many people think but it all starts tonight. I don’t want to consider defeat. It just doesn’t feel right to be contemplating disaster so early in the season. Especially not a season in which we have looked so good, the squad so strong. Of course if the worst should happen it will make no difference whatsoever to how I feel about the manager or the players, it will have been just a big dip in the ride and I know there will be plenty of dizzy highs still to come.

As ever all we can do is strap ourselves in and pray the engineers have tightened all the right bolts. This could yet prove to be one of the most exciting parts of the ride any of us have ever experienced. Will I be there to watch it? Or will I be sat on my own in a small room dropping the needle onto a spinning 45 and saying to, almost certainly myself, ‘that was 48 Crash by Suzi Quatro, now hold on tight to your belt buckles, here comes Mud with their big hit single, yes, it’s Tiger Feet’