" … if you're a supporter of a club, you have to be, through thick, thin, laughter, smiles and tears" – Bob Wilson
25 Comments

“Commencing countdown, Engines on, Check Ignition and May God’s Love Be With You”

So the long close season is drawing to an end, the evenings are shortening, arable crops stand tall and golden in the fields, cheery yokels chew on a shared stalk of straw by my gate, and the slamming of the transfer window is no longer the distant dream it was a billion tweets ago. Hip-Hip-Hooray!

Shedding the sleepy early Summer shroud we must prepare ourselves for another season supporting our club, mountains to climb, let us get to work then:

What did I learn from this weekend ?

As Stew said yesterday and we all know, the thrashing of Lyon and what was a much more interesting game against Wolfsburg a pleasant interlude. I expected more from Lyon but they were knocked out of their stride and suddenly found the game lost. Wolfsburg were a much better work-out, the first half an hour was particularly tricky. We looked a little unsure of one another in that opening, a little rattled. We settled though, we took control. Nacho probably did as much running as I have seen him ever do in 90 minutes. The Germans controlled the ball well and do not give it away. We shall come to more of that below. What they lacked was a really sharp striker, but you know that.

Both sides are in the hat for CL group stages. We may see them again. There will be tougher opponents who do not fold as Lyon did. Mossy will not always be as obliging as he recently has been.

The evidence yesterday and today confirms that we enjoy a squad of formidably talented individuals, technically the best squad I can remember. And beyond the first eleven another what ? …. eight, nine or more players who could come in and do as good a job as those who are on the team sheet.

Clockwork, very fast clockwork. They enjoy an excellent understanding of each other’s movement and pace, short and long passes are pinged about. And did you see the finishing yesterday ??? Oh my ! Arsene has taken several years to assemble this selection of players. It has taken time, it has taken patience, there have been errors, and so often progress of the team has been set back through injury. The dish seems just about ready to serve.

And that perhaps brings us to a second thing I learned yesterday. The necessity of ensuring that players are fit, physically and mentally, for a full season of football when the contest gets underway. For the first time we embark upon a season with neither a) numbers of key players knackered because of summer competitive commitments, or b) carrying long term injuries that will bar them for months from contributing. The players looked, to me, rested, confident, and ready. That has not always been the case.

And the third valuable learning experience ? Well this youngster Jeff Reine-Adelaide must have made a hell of an impact in training, on coaching staff and manager. To get at his age and experience from new recruit from the admittedly highly rated Lens academy, and never having played a game for the French side, on to the Emirates pitch in six weeks as a starter is not usual, is untypical, is downright odd. We have a LOT of teenage talent and most of them have served their time. Iwobi I see joined the club at eight years old. Young Jeff’s rapid progress caught my eye even though, by the time he did get on yesterday, the game had lost its fizz. Today though he was a central figure, made Theo’s goal, a creative player and so strong for a 17 year old. One point of concern though, the name “Jeff”, is that French ??

One pot down, I admit is was a little embarrassing not having won the Ems Trophy since 2010

And what do we think the next week will bring ?

Sunday – Chelsea at Wembley of course. 3.00 Kick off time as it should be. Checking the records we have never played them in the Charity or Community Shield at the stadium. During the Millennium years there was just one meeting, in August 2005, with the Fulham Broadway posse winning 2-1. Jose’s only Community Shield, their winner from Droggie, our goal from the 18 year old prodigy Fabregas and, according to the match reports I looked at today, an excellent performance from Peter Cech keeping us at bay in the final quarter. Oh for the wheel to turn the full circle next Sunday.

A step back though from the edge of the wishing well.

Like just about everyone, everywhere ( including a number of CFC fans I know) most people consider Jose Mourinho to be the incarnation of football evil, a man who consciously sets out to destroy any semblance of art or beauty in the game. He almost invented bus parking in modern football with Inter. He acquires and discards footballers like disposable paper hankies. He treats opposing manager, often former colleagues and mentors, with contempt.

Not only does Jose have that satanic core running through him like a stick of rock but, unforgivably, the man keeps winning trophies. He is not lucky, he works hard. He uses the massive resources he is given well. And each time we anticipate bagging the bastard, cutting him down and mounting his smug Portuguese head on the library wall, he eludes the hunters. He even, once or twice, contrives to get the hunters to shoot each other in the head. I wince at the recollection, for the 1,000th time.

But what Jose is very good at is setting up his football team to stifle the opposition, to stop them winning. No side managed by Jose ever is profligate with the football. They keep it and keep it. ( Rather like Wolfsburg but with a greater propensity for violence) At worse Jose’s approach ensures a share of the points, at best his cautious control of the ball allows his side, if they can force a chance or error, to win.

So this week Jose will be working very hard indeed. He will be looking at the tapes of yesterday and of our closing games last season, and from his careful and shrewd analysis setting up Chelsea next week as the immovable object against which our artists will batter themselves to exhaustion. It has worked so often before, will it work on the 2nd of August ? The Community Shield will be no friendly, it will be no sham display, at the end of the game there will be a trophy won by the better side with plenty of sweat expended. 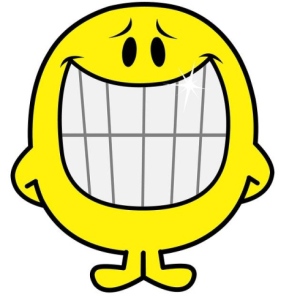 ← Arsenal Versus Lyon: Games Don’t Come Any Bigger Than This
Will Arsenal’s British Core Meet The Challenge? →

25 comments on ““Commencing countdown, Engines on, Check Ignition and May God’s Love Be With You””