The Rise Of Stupid Aggressive Fans.

Posted by pedantic George @arseblagger on February 9, 2020 in All Posts 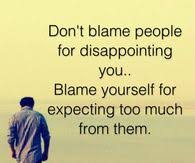 Twitter, blogs, podcasts and “click bait” presenters have changed the face of football support. The more extreme your opinions are, the more aggressive your delivery is, the more successful you will be if your goal is to profit from your supposed support of a football team. Being heard is more important than being informed to many of the new-age fans.

AFTV is both the most unpopular example of this and also the most successful. It doesn’t mater how repulsive the “stars” are, how ridiculous their opinions are, how much damage they do to the club, it’s reputation and standing, as long as enough people subscribe to and follow them, it’s job done. We saw Hector Bellerin point out that it was wrong, for so called fans, to profit from negativity, and what happened? They faked a recording of him slagging off the club, attacked him remorselessly and attempted to turn the fans against him. Their ploy was exposed, but did it matter? No it did not, more people listened , followed and subscribed. Again, job done.

You might think we would have learned, but no, hell no! We then saw the most moronic of them set up their own Youtube channels , some even broadcasting live from the front seat of their cars, they then get a huge following and make even more profit.

As if that isn’t bad enough, but we regularly see TalkSport radio, the biggest sports radio station in the world, going to these most uninformed and objectionable profiteers, for their opinion on matters they are hugely unqualified to give, it’s a joke.

Think about every “famous” blogger, podcaster and Youtuber ,then think of why they became well known. Almost every one of them are negative extremists. Are they known for their understanding of Arsenal, it’s business model, the players or the tactics? No, they are known for their attacks on almost all things Arsenal. Some are just outright rude and aggressive while others hide behind humour and snide analysis, but all have one common thread, they prey on negative feelings.

The question is, are these people driven by popular opinion, or do they drive popular opinion towards a place where they become the stars of the prevailing opinion? Let us not forget that popular opinion had us improving if we could just get rid of Arsene Wenger, it had Emery doing a great job and Raul was “the Don” ! Make no mistake, these people are looking for ways to attract attention and make a profit, the profit might be in direct £ or a surge in their own profile, but looking they are.

Recently, while having a discussion abut Mesut Ozil, I used names like Arteta, Wenger, Pep and Jose, to back up my opinion, the rebuttal expert witness they drew upon to counter me was “Clive from Arsenal Vision” , the justification for using this colossus of football knowledge was that because people paid to listen to him, he must have a valid opinion. This is where we are.

Currently , most people are behind Arteta, but make no mistake, as soon as some of these “fans” see a profit in turning against him, they will. The problem is that those of us that are still on board will give them the oxygen they desire by highlighting their negativity on social media. We have seen the backlash against AFTV and they have recognised the problem by pretending to be positive. But it won’t last because all the profit is in negativity.

47 comments on “The Rise Of Stupid Aggressive Fans.”