Posted by pedantic George @arseblagger on February 2, 2020 in All Posts 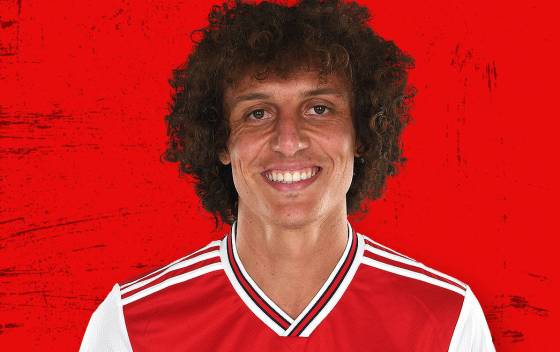 Arsenal travel to Turf Moor this afternoon for their Premier League match against Burnley. As the Gunners look to end a run of three straight league draws, the Clarets will aim to make it three league wins on the bounce.

Good day all. Despite Arsenal still not having lost a league game since the turn of year, the improved performances and positive change in attitude, there’s still this sense that the Mikel Arteta era hasn’t really taken off yet.

I suppose this comes from us being closer to the bottom-three than top-four. It sure doesn’t help that we got our feet stuck in the mid-table mud. Still, this season is no write-off.

Going into this weekends fixtures, we were four points off both Man United and Spurs in 5th and 6th-place respectively. With them having a few tricky games coming up in the next game weeks, this is a good chance for us to reel them in, but we have to start turning draws, which are our main source of dropped points, into wins in order to move up the table.

It goes without saying Mikel started his tenure at a very awkward stage, smack in the middle of a very congested festive run, but things will now start to ease off a bit. With today’s trip followed by three straight home matches against Newcastle, Everton and West Ham, the Spaniard will be well aware that a result at Turf Moor could be key to generate momentum heading into last few months of this campaign.

Look, this team is in a really good place and that performance at Chelsea… followed by the young ones blowing Bournemouth away with a laudable first half display at the Vitality… we have grown in stature of late. And with Pierre-Emerick Aubameyang now back in the side things can only get better. Who knows, if we string together a few wins in this next few weeks even 4th-placed Chelsea might start to look over their shoulder.

Burnley won’t roll over though. They had a dismal time since Boxing Day with four straight defeats, and heading into back-to-back matches against Leicester, Man United and Arsenal, there were real concerns they could get sucked into the relegation scrap. But boy didn’t they make some look silly; first they came from behind to beat the Foxes at home, before a 2-0 victory over the Red Devils at Old Trafford. With those games now chalked off, Sean Dyche will feel cocksure that his team can make it three league wins in a row.

I doubt it will even matter that they come into this game on the back of a disappointing FA Cup defeat against Norwich. Because for Dyche the silver lining will be that he can put all his focus on trying to get his side finishing this campaign as high as possible.

Despite some nearly moments the Clarets don’t have the best record against the Gunners though. Our 2-1 win in the reverse fixture back in August was the 11th eleventh straight one over them – a run stretching back to start of the last decade. They sure will be hopeful of beating Arsenal for the first time since 2008.

Arsenal made defensive additions of Pablo Mari and Cédric Soares this past week and there’s no doubt they should only help our cause, however, we should see them after the winter break.

We are also able to call upon the services of Auba and David Luiz, following their suspensions, with Shkodran Mustafi (ankle) and Sead Kolasinac (thigh) being assessed ahead of the game.

Burnley got their season back on track with some promising recent results, but Arsenal are showing a different side to them under Arteta. Also Auba will be eager to get back in the goals, ergo we are favourites to grind out a result to get back in the race for a top-six spot.

As always, we need to remain switched on and got to make the most of our chances. Good luck all. COYG!

← Kick The Ball, Not Our Players.
Optimism Or Pessimism , It’s Your Choice Now. →