" … if you're a supporter of a club, you have to be, through thick, thin, laughter, smiles and tears" – Bob Wilson
84 Comments

Kick The Ball, Not Our Players.

Posted by pedantic George @arseblagger on January 28, 2020 in All Posts 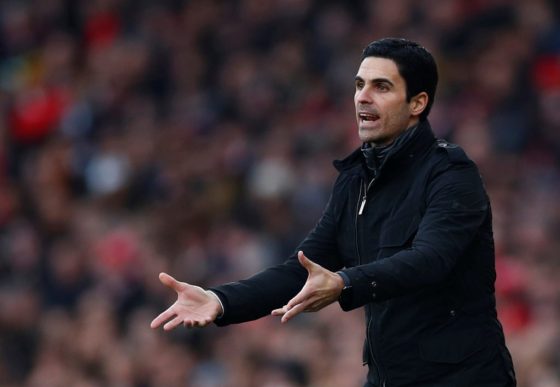 I wasn’t going to bother with a match report because everyone saw it and most of the talking has been done in the comments already, however, there are a few things I would like to mention on reflection.

The first thing I noticed was the odd position that Xhaka had taken up. He was playing as some sort of leftback/quarterback/centerback hybrid. Now we have recently seen him moving to the left, I thought that was to help out Saka with his defensive duties, but this was something different. It appeared to be his starting position, Saka was mostly in advance of him and Guendouzi was on his own in the DM position, rather than it being a double pivot(get me with the know-it-all jargon), it certainly worked because in the first half Saka and Martinelli were free to run riot down that flank, often with Martinelli moving inside to give Saka acres of space to run into. It was noticeable because Mustaffi keeps pinging long diagonal balls out to our young flying leftback. It worked well , but if we are put under pressure, it will leave us short handed in centre midfield at some points, as it did in the second half where we were not as dominant on the ball. The four players involved in this tactic ,Xhaka, Saka, Martinelli and Mustafi, all have very good games, it worked a treat.

The second thing that struck me was how once again we were not as good second half as we were in the first. There are several possible reasons for this, they include

Maybe we just ran out of gas.

Or, and this is much more likely, Bournemouth started to kick the crap out of us and the referee allowed it. I mean Martinelli, among many others, was assaulted several times, and not only were yellow cards not given, but often it was not even seen a a foul. We were hugely lucky not to suffer some serious injuries. During the first half, the terminally boring BT commentator Steve McManaman actually said, and I quote the prick ” They’re not even kicking the Arsenal players” Until this attitude, and the acceptance of it, is considered unacceptable, we will forever be on the end of it. I might be bias, but I can’t imagine any referee allowing it against either City or Liverpool.

Anyway, it was a good game and we march on into the next round. I love Atreta and his team.

84 comments on “Kick The Ball, Not Our Players.”