" … if you're a supporter of a club, you have to be, through thick, thin, laughter, smiles and tears" – Bob Wilson
10 Comments

Posted by pedantic George @arseblagger on May 9, 2019 in All Posts 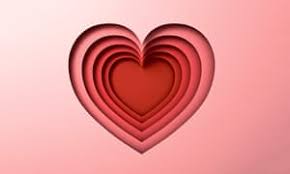 “I say that I’ve got bags of years of supporting Arsenal. So, I am ‘all right’ for a supporter? However, there’s a truth: in what’s supposed to be this seventeen-year period, my footballing knowledge has been hardly ever improved.
I am often lazy in terms of trying to gain details of what or whom I already liked or chose to like. It’s a kind of “chose this, still feel right about it, so what’s the point?” approach. I heard Arsenal was pretty good in some aspects, seemed to play attacking football. That was all I vaguely knew of before my ‘support’ status was set. What about the reason for thinking of it in the first place? Well, those many French players at that time. Again, I partly randomly had chosen France, chosen Zidane as my first favourite ever years before; one day Arsène and those players appeared on my TV screen. They were training and all. The fate was then clear.
The way I support most of my favourite actors, singers has been being not following them at all! Their songs, their films have reached me, not the other way round. So have many facts about them. As a result, I am familiar with just a tiny number of their works. It’s odd that after years of neglecting them this way, if someone asks, I will still put the majority of them on my list, because it’s what I feel.
Arsenal was not much different, but hey, the football world’s got regular schedules, broadcasting and all; therefore, I became passive-aggressively obsessed with this club. Lucky me, I admit. I remember a time where I was able to memorise in the exact order every opponent, every of our goalscorers in every single PL match we played in one season. Fantastic on my part, and a miracle considering my memory in the last few years. The most and maybe only impressive knowledge I have when it comes to my beloved Arsenal.

The journey I’ve done with Arsenal is a heavily emotion-oriented one. What I saw, what I witnessed brought feelings into my observation experiences. I have been largely blind to the technical stuff, so much so that you would be easily stunned by my ignorance. Anyway, the obsession with that certain lack woke me up for almost every after-midnight game I could watch, always alone yet never lonely. I dreaded transfer windows, only wanted all of the then current players to stay. My beloved players, be it them being soft or whatever people called them, didn’t cheat, didn’t compromise. They fought with Arsène bravely despite tremendous hardship through the years.
How heartbroken I was the day that bloke called Theo was reported to be on the way to have medical at Everton. That news was followed by a three-day stayaway from Twitter.
How hurt I got seeing someone label Gibbs greedy (thus was still at Arsenal) days before his move to West Brom. It reminded me of the emotions I got years before–when some said Denilson could only ever play for us because he was “Arsène’s son”. And soon after that, he moved on too.
How confused and gloomy I felt when suddenly, rumours related Podolski’s future at Arsenal emerged in autumn 2014. He was for me a complete symbol that united my two loves back then–Arsenal and Germany.
Smiles of joy ‘meeting’ Eboue, Almunia, Reyes again in the red and white shirt last year. They are part of an Arsenal I so cherish.
Tears of joy seeing so many dear faces in a 2013 summer tour clip I rewatched last summer, especially when Mikel Arteta greeted that Running Man with his big smile and a ‘Thank you very much’ handshake. I felt his love for this club.

France started all of my three love affairs in football. The heart stopped beating for them in summer 2010… that infamous incident. No tears, no regret, never look back.
Germany and Arsenal continued to keep me appreciating football, being inspired by it. The heart stopped beating for the former last summer. Again, no tears, only a massive, silent disappointment. Then a huge fear of losing the latter–and last–some day.
As with all things in life, I count on the remainers to get over the loss of some certain leavers; when even those remainers desert me too, there will be no way back for me.
The Arsenal I’ve always known is a dignified team playing exciting football with whom I grew up and matured, who in Arsène’s most challenging years taught me how to truly love something in one’s life.

To hell with all clichés that my players were gutless and didn’t care, that my manager overstayed his welcome. To hell with them. Hoping against hope there’ll be rainbow.”

Above is what I wrote down in mid-January. No idea about anything at the present, honestly.
Without this inspirational source called football, I would still have fun as I’ve got my own dreams, friends and family. And because all these football people I cherish–many of them now far away from each other–are still here and there in this world. Except… a great thing may have died. A thing that would definitely be missed by me.
Although I’m sure I haven’t seen Fabregas the same since his departure, the words he’s recently replied to an Arsenal fans tweet got to me in a way: I LOVE YOU ALL. ALWAYS REMEMBER THAT. Whatever happens in the future, the Arsenal–with all it brought to me–remains like that in my memories.

← Future Positives
Can Arsenal Cling On To The Last Hope? →

10 comments on “Life, Love and Arsenal”