" … if you're a supporter of a club, you have to be, through thick, thin, laughter, smiles and tears" – Bob Wilson
117 Comments 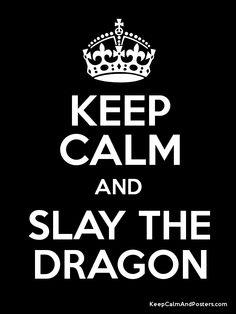 Good day one and all.

Arsenal host Cardiff at the Emirates Stadium in a match that will have huge implications at both ends of the Premier League table; while the Gunners hope to maintain a push for Champion League qualification, the Bluebirds are aiming to move clear of the relegation trapdoor.

When these teams met earlier this season Arsenal won 3-2 in a game, it has to be said, we hung on for large parts as Cardiff threw everything at us trying to at least take a point. I’m not too sure though if that is going to provide the away fans any comforts because the Bluebirds’ form on their travels are nothing to put on a postcard and write home about. From 11 away games they took back to the Welsh capital just 5 points, which compounded by the fact that Arsenal have won 14 of their last 17 home PL matches… can I just say I do hope they enjoy the sights and sounds of London.

Now does that mean I think the match will be cakewalk for the Gunners, not at all but I do think we will find a way to get a result even if we have to drag ourselves over the line – especially considering our home form against teams outside the top-six.

The FA Cup defeat to Manutd in front of the Emirates faithful may have knocked the wind from some of our sails, but Unai Emery always seem to put a team out that gets a result when our backs are up against the wall following a poor result. Anything but will be if the players go in with their heads elsewhere. Thus they need to be focused, not get ahead of themselves and be careful not to be caught out from a counter-attack… again. Let the Emirates crowds’ confidence carry them.

There’s no need for apprehension ahead of the game, Cardiff haven’t exactly been slaying dragons. They have lost each of the seven game against the top-six opposite thus far, conceding 25 goals in the process. In their 11 games on the road they average one goals scored every two games and two goals conceded each game.

Arsenal go in the match a bit thin at the back due to injury. So we might see young Mavropanos selected tonight – be it as a starter or the bench remain to be seen. In the few games we saw of him toward the end of last season it looks as if there’s a good defender in there that can’t wait to pop out. Mesut Özil too may get a rare start if he is part of the plans to outsmart Pep Guardiola’s Mancity team this coming weekend. The team selected tonight may give us an idea on whom will start at the Etihad.

15 PL league games left and one get the feeling each one is ‘must-win’ for the Arsenal.

Tick this one off tonight and we are still at the races for top-four. If not and we are in danger of being overtaken by Manutd and any top-four hopes out of our hands.

117 comments on “Arsenal: Here be Dragons”