" … if you're a supporter of a club, you have to be, through thick, thin, laughter, smiles and tears" – Bob Wilson
175 Comments 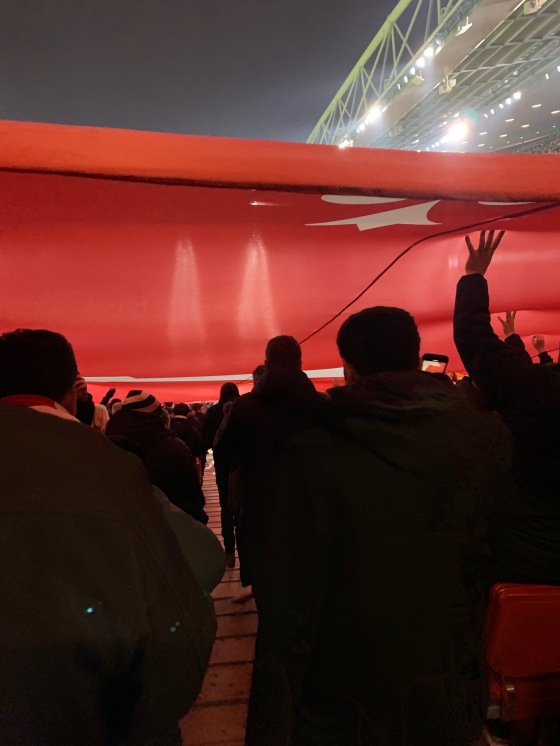 The game was  billed a “pivotal” and “season defining” in some quarters for the club and if that was the reality then it was a test passed.  And we passed in the way that I want an Arsenal team to win a  local derby, playing football, scoring goals  and in displaying 90+ minutes of concentration and energy.

A roaring first 15 minutes saw us overwhelm Chelsea. Slow starters ? Not us, not last night. Whether the Blues had in the back of their mind that a draw would “do” I don’t know but during that opening they found it difficult to get out of their half. Our tackles were crisp, interceptions tidy and when we moved he ball it zipped across the turf. Kepa was busy, the Blues were rattled. Our opener came from a dead ball move, after staying  on his feet when most strikers would have hit the grass, rifled his shot into the top right hand corner. Another excellent finish from Alexander. Unstoppable.

We then had a short phase of panic as Chelsea surged forward.  It was not pretty to watch as for two/three minutes our defence wasn’t up to speed mentally. When the system clicked into place the panic subsided. Good players take charge, and Kosc is a very good player. Sokratis was all over Hazard like a swarm of angry bees. With Torreira/Hector on one side and Guen/Xhaka/Sead on  the other we forced Chelsea back and away from the danger area.

The second goal from what was out third free header on Kepa’s goal brought a gasp of relief from the tense home crowd (well me anyway). The decisive moment of the match, as it turned out. We went in at 2-0, it could have been more.

Second half ? They came at us but were held back by a screen of defenders, who were organised. We smothered them. One shot on target all night ? What we did to Chelsea clubs have done to us in the past, with them passing the ball on the final third but never quite getting into a position in the box to score. Good defending is not spectacular to watch, but if you have to  then an evening of observing  Hazard, Willian and Pedro run time after time into a wall of Arsenal defenders and never testing Leno is a good episode in the box set  to start on.

I see Sarri launched into his players last night;

“This defeat was due to our mentality more than anything else, our mental approach. We played against a team more determined than we were. And I can’t accept that.”

He is right. We were more “determined”.

Congratulations to the Emirates home crowd yesterday for reducing Oli to an emotional wreck before he even set foot on the pitch. He really was welling up. Much better than booing him. A favourite with Arsenal fans  and with Chelsea fans, and he barely got a kick in the half hour he was on.

Hector? Sigh – it is a bad ‘un. I have no idea what sort of bad but his reaction was immediate. The only blemish on a good evening. We will find out tomorrow.

I pondered the MotM this week;  Kosc ? Laca ? Ramsey ? Guendouzi ? Torreira ? On another day the performance each put in would have earned the prize.

In the end it had to be Sead Kolasinac though. His body check on Pedro was a thing of beauty, and a job forever.