" … if you're a supporter of a club, you have to be, through thick, thin, laughter, smiles and tears" – Bob Wilson
142 Comments 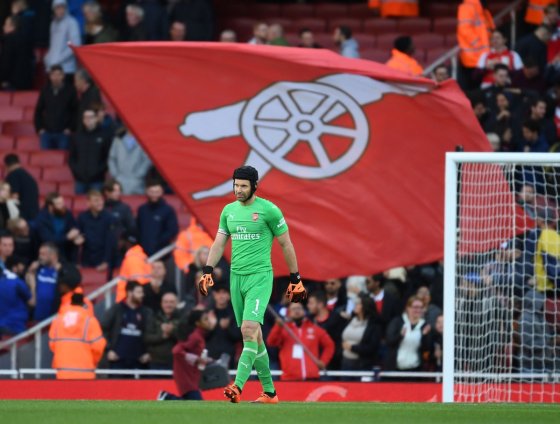 For the first 55 minutes of the game against Everton today I admit I was apprehensive. A game against the Toffees for which every tradition and statistic had marked down for a home win, and probably a confident performance from us, had gone awry. Our football during that 55 minutes was wayward, our passing was scrappy, our defensive organisation shuddering.

And the visitors, a team we have beaten regularly and by a significant margin as stated, WERE NOT THAT BAD FOR ONCE.   That Petr Cech  had performed so well throughout those 3,300 seconds of early action meant my mild discomfort was not replaced by the vice-like testicular pain of being 0-1 or 0-2 down. No.

To be fair Arsenal did get over the half way line during that first half from time to time, but we did not rattle EFC. 0-0 at half time was right. And in the opening 10 minutes of the second half we were pinned back in our half. I saw Dave on here earlier pondering the half time talk for Unai Emery. If that first ten minutes of the second half were to be relied on the coach and the players may as well have been doing a jigsaw together. It all began to look a little tricky.

And then I was delivered. A swift interchange of passes on the edge of the Everton Box, a change of position of Auba and Lacazette ( no doubt worked out over the jigsaw) freed our French striker to curl his beauteous opener. The quality of the goal the absolute difference between Everton and Arsenal today. Where our opponents had half chances they fluffed them or Cech managed to get in the way. In sharp contrast Alexander put his half chance away inch perfect. As I saw pointed out later on the TV Laca did not even look toward the goal from receiving the ball, to the net bulging. The Frenchman’s instinct had the goal exactly in his mind’s eye, and his foot did the rest. Goals of that quality win matches, as today, and even win titles and cups (on occasions).

After that decisive moment the game continued but the result had been decided. Marco Silva’s lads were done. Their effort was maintained but their confidence had been popped, and never recovered.

An error by the lino gifted Arsenal a second but even without the official’s largesse I think we had broken them. The game rolled on, they pressed for a consolation marker but even there Cech was resolute. A commanding performance on his 6 yard line as the crosses and free kicks rained in. A deserved clean sheet  in a busy game for our first choice keeper. Man of the Match –  no doubt.

Elsewhere among our lads this afternoon I was pleased with Torreira who was productive. He is still learning but he has a good mixture of steel and creativity. He also appears to be able to take a kick and carry on. Hector dominated the right hand side of the pitch as he launched attacks all afternoon. As I have said before I would like Bellerin to shoooooot more. Xhaka  was his tidy self, and Moss and the Albanian barely exchanged a glance, which was no doubt a surprise to both of them.

So onwards to the Bees on Wednesday – enjoy the remainder of your weekend.