" … if you're a supporter of a club, you have to be, through thick, thin, laughter, smiles and tears" – Bob Wilson
113 Comments 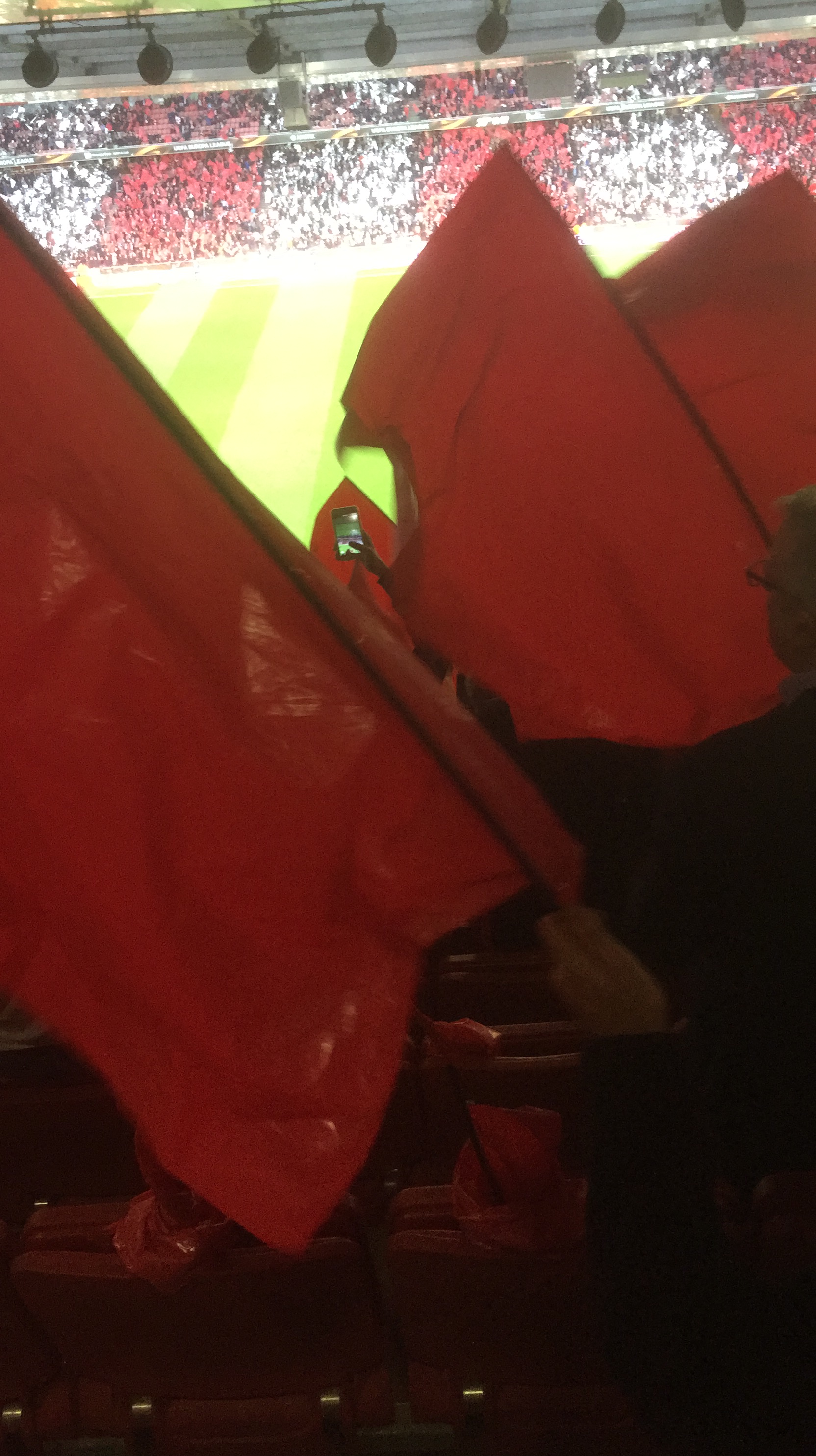 An excellent night at the Ems and a contest that I will remember for a long time. Two very good football teams both playing with the metaphoric handbrake off.  Arsenal with the ability to attack and create chances, the visitors with formidable organisation in their defence and a desperation to keep us out.

The final result of 1-1 was not what we hoped for. After the sending off we were almost totally dominant in the first half, and totally dominant in the second. Our one goal was fairly poor reward for that effort and for the constant pressure we kept up on the Spaniards.   We made chances though, oooooh we made chances, posts were brushed and missed by inches, and Oblak hurled himself about all evening.

Of our lads I thought Jack had a very good game and balanced his two attributes of creativity and combativeness perfectly. Danny was tireless and Laca always on the front foot, looking for that edge against Atleti’s steel eyed pair of centre backs. Granit was his ever dependable self and barely put a foot (or a pass)  wrong all night, and Hector and Nacho provided constant width and pace on the flanks. Mesut had a quiet night but he was heavily policed every time he touched the ball, no space, no time.

For the visitors while I do not like  Greizmann’s constant chucking himself on the deck to win free kicks and get opponents he stole the equalizing goal from  absolutely nothing. People point to the error by Kosc and the slip by Mustafi, (with little bit where was Ospina? kicked in). but the ball hit French forward in the face forty yards and four seconds later it was in the roof of the net. An exceptional finisher.

What does all this ‘mean’ though ? Well from the sudden rush to the exit on the 82 minute around me one might think we are doomed. Not at all.

Even had we gone to the Wanda Metropolitano 1, 2 or 3 ahead only a fool would have expected anything less than a 95 minute battle to ensure our progress into the final. Equally while in theory Atleti could settle for 1-1 and rely on their away goal Simeone is not an idiot. He and his team has had a rocky season in European competitions. The Argentine’s  team will have to play a different and more attacking way at home to try to get that important next goal against us.  It will not be the same 10 man defence we faced for 80 minutes last night. There will be an inch more space, their will be a half second more time.  We played well last night. We can score against AM, and I expect us to score in Madrid.

And then we shall see.

We are still 90 minutes from Lyon. Enjoy your Friday.

← Who Was Arsene’s Brutus ?
Arsenal: Our battle is more full of names →

113 comments on “Arsenal: Flying the Flags”