" … if you're a supporter of a club, you have to be, through thick, thin, laughter, smiles and tears" – Bob Wilson
128 Comments

Posted by pedantic George @arseblagger on April 20, 2018 in All Posts 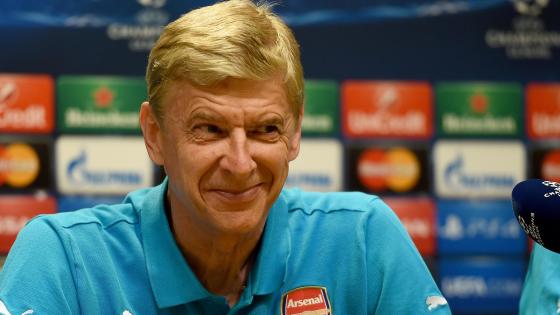 So here we are , the great man leaves us at the end of this so far disappointing season. It’s very much in the hand of or players how the last act plays out, but ultimately even winning the Europa League will be no more a happy ending to what will forever be remembered as beautiful journey.

For twenty two years we have had the absolute privilege of watching a visionary transform Arsenal before our very eyes. We have seen the best of the best football and witnessed team after team, built and rebuilt, all trying to play the beautiful game in the most beautiful of ways. Of course it’s not always worked. We have had disappointments and calamities along the way, but even then, those teams were sent out to play entertaining and expansive football, that they often failed doesn’t really matter. The point is they tried. WERE YOU NOT ENTERTAINED?

Twenty two years of press conferences when we could witness the wit, class and brilliance of a man that quite frankly I found to be an inspiration, and I say without shame, a hero.

Arsenal will go on and Positively Arsenal will do what we have always done, support the manager and his staff and the players. If Arsene has taught us anything ,its that the club come first. I for one am going to celebrate that we had the man lead us for twenty two years. I will not be bleating about how unfair the end was, because it matters not . He will be gone and everything he has done for us will help us in the future.

His like will never been seen again, but we saw it, we have it and no one tan take it  away from us. the man is INVINCIBLE.

Arsene didn't give Arsenal fans just the best 22 years ever – he gave us illusion that Arsenal are entitled to sit at the same table with Milan, Barcelona, Real, Juventus and Bayern, all that while building a new stadium from the scratch.

All the best people, keep your peckers up.

128 comments on “Bon Voyage To The Real Mr. Arsenal”