" … if you're a supporter of a club, you have to be, through thick, thin, laughter, smiles and tears" – Bob Wilson
104 Comments 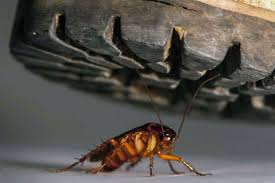 Six changes but the job done against a ‘muscular’ Watford side who, as we all too well know, have proven to be a damn nuisance before at the Ems.

The first half was no great advert for Premier League football and while both sides had flashes of quality passing I did not think was crisp or accurate.  Again our opener came from a dead ball and a defender scoring. Eight minutes gone and I assumed we were in for another Palace/Everton style scoring avalanche. Yeeeehaaah as us cowboys say. But NO, fool that I am. First, Sead slotted a sharp cross in to PEA but the striker could not connect, then Mesut danced through one on one on the visitors keeper only to be thwarted by a Greek foot. Goodness that second goal was elusive.

For our opponents Pereyera blazed over from 6 yards with the whites of Cech’s eyes clearly visible. Other than that the remainder of the first half I thought was even, with bits of attacking menace  and errors from both sides.

The opening of the second half was somewhat uncomfortable – if you watched it with me I shall say no more and if you have not seen it yet don’t bother. We were under pressure and not really able to control the game or hold the ball for10+ minutes. However we held together. Repeated corners from Watford were dealt with well by Cech and our defenders. Shkodran and Rob Holding were a model of concentration and good co-ordination. Richarlison and Femenia pressed on the flanks but during this important phase we did not ‘crack’.

And then, as the rainbow emerges with little warning from the dark, wet sky so our second and decisive goal was slotted home. (That is not me below but I wish it was) 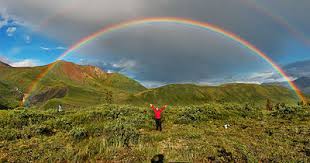 With the two goal cushion I was, for a full 60 seconds, chortling to myself and entirely relaxed. The game was over, the points settled. Off you go Watford, on you go back to Metroland.

No – no and thrice no. AMN made his first rick of a good performance in the right back slot and up stepped Deeney to take on our helmeted stopper. And despite the 16 previous penalties required him to fish the ball out of the net today good fortune was on his side. A powerful strike by the ugliest man in Watford but an equally solid left hand from Petr send it spinning up and away. It had to be Deeney Karma, kismet, the Fates, the fickle Finger of Fate etc. – do you know what I mean ? .

If Watford had the services of a good finisher rather the tub of lard they employ at Number 9 who can say. It is good however when an outstanding competitor and general good bloke like Cech gets what he deserves. 200 up.

After that a final goal on 77 minutes from Mhki who spent the afternoon being abused by Alan Smith on Sky and kicked all over the shop by Watford. I felt like giving the commentating equivalent of Eyeore a kick at times during today’s game to be honest, but at 3-0 I am magnanimous.

So that was that. A useful three points. I am hard pushed to really to pick out one or two Arsenal players who stood out today as it was, like Thursday, a good 11 man performance. We shall see if Shkodran’s groin is up to another game this week later on.

Enjoy the rest of the weekend.

← Arsenal: The Ball in our Court
A Plan For Milan →