" … if you're a supporter of a club, you have to be, through thick, thin, laughter, smiles and tears" – Bob Wilson
162 Comments

Arsenal: We know we are

Good Morning Fans of the Positive,

A slightly fuzzy morning up here in Norfolk as a result of mixing the grain and the grape, so excuse the sluurrrrrring and dribbling below. I’m entitled though, and I know it.

And why am I entitled ? Because after a fortnight of being told about the best team in London, indeed the best team ever to grace the green sward of a football pitch anywhere- ever, about the genius that is Mauricio Pochettino, we hammered the bastards yesterday. Left them flat on their back, gasping, dizzy, their manager whining about referees and injured players. How I laughed.

Let’s just get one thing clear. Spurs were not “bad”, Spurs did not play “rubbish”. They played well in phases, and made chances. They have good players and will certainly be up and around a CL places this season. However, we were better than them over the 94 minutes, by a country mile.

Of the game itself I congratulate the Premier League in their wise appointment of Mr Michael Dean to officiate. The rampant paranoia that the official generated in the days before kick off brought Arsenal fans in the Ems and even at home in to a frenzy of outrage, just right to ensure that he knew we were watching his every move. In consequence Mike, his friends all call him Mike, whistled and pointed with a fury rarely seen outside a busy traffic intersection in central Rome at 3 p.m. on a Friday. In the first ten minutes I thought he may wear his whistle out so vigorous was his enthusiasm for enforcing the rules of the game. He is not my favourite official but not a bad afternoon for the Wirral whistler.

Of our brave lads a team performance to match any we have put together over the past ten years, perhaps longer. There was a quality there, as there almost always is in our passing and movement. Lacca was sharp at the tip, and Sanchez and Mesut constantly cutting the Lilywhites open. The three central defenders were like a wall and missed nothing. Is the Monreal, Mustfi, Kosc defensive combination our best ? I think so. But there was also intense concentration. I did not see any player ‘strolling’ at any point in the game. We were never caught out by a quick ball. Eriksen created zero. Every man in a red shirt had his job and he applied himself. I don’t always see that.

It is an enormously difficult performance in which to pick out Arsenal players who stood out, as they all did. I will however be a devil and go for Granit Xhaka. The Swiss Kosovian was all over the pitch, put the boot in early to the cheating Dele Ali, and then 60 minutes in which he did not put a stud wrong. Having got on to the high wire Granit’s balance was perfect.

So let us enjoy the glow of victory for 24 hours and savour the discomfort of the neighbours, seemingly so near at 12.29 and still so very far away by 2.35. How many seasons is this ?

The result keeps us in the CL pack and with some intriguing domestic games in prospect, starting with Burnley. 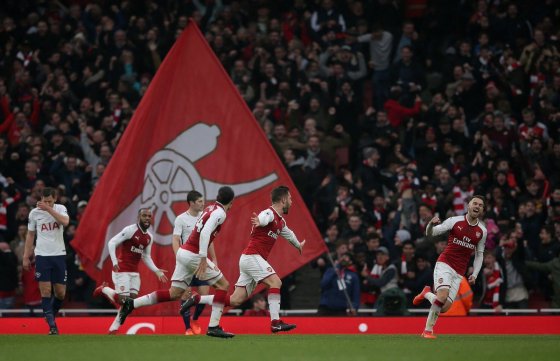 Enjoy your Sunday and we shall met again when Cologne have been negotiated. 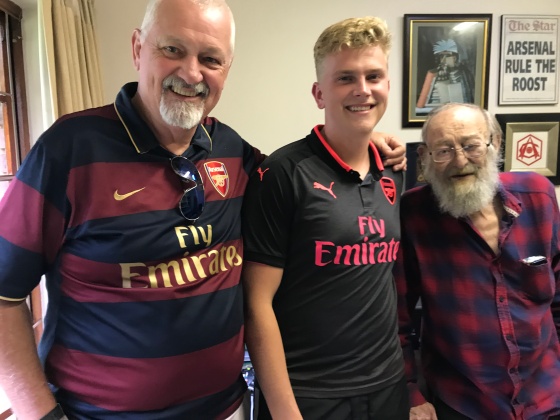 ← Arsenal: Darkness after noon, the cock shall not crow
Arsenal: A Bit of Common Sense →