" … if you're a supporter of a club, you have to be, through thick, thin, laughter, smiles and tears" – Bob Wilson
58 Comments

Posted by pedantic George @arseblagger on October 5, 2017 in All Posts 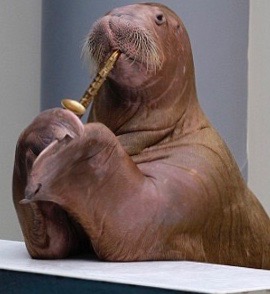 Our thanks to today’s guest poster Eduardo @edminton1966

There has been lots of noise in the last couple of days about KSE attempting to buyout the 30% Arsenal shares held by R&W Holdings.

It all stemmed from an article on Arseblog – http://news.arseblog.com/2017/09/kroenke-turns-the-tables-and-makes-bid-for-usmanovs-shares/ – from almost a week ago, but was not taken up by the mainstream media till one of them did a Q&A at this month’s AST meeting.  Something I found very odd.

By the way when journos contacted Arsenal FC they said they were unaware of any such bid.

Anyway seeing as Arsenal deny any knowledge of the buyout and silent Stan has remained silent on the topic, the whole of Arsenal world awaited with baited breath for some confirmation of the story, one way or the other.  And never being one to miss a good PR opportunity Mr Alisher Usmanov has obliged by releasing this statement.

“In recent days there has been speculation relating to a possible offer for my 30% stake in Arsenal.  As part of that I can understand the anxiety that these rumours are causing to the fans as reflected by the Arsenal Supporters Trust.  In light of this, I would like to be clear that I am not holding any talks with Mr Kroenke about a sale.  My interest in Arsenal from the beginning was long term and my intention has always been to buy additional shares should they become available.  This I did with the purchase of the stake of my business partner Farhad Moshiri with which I increased my shareholding from 15% to 30% and also with my proposed offer for the stake of the majority shareholder which valued the Club at some £2bn.  That offer remains valid today.  I have always been and will continue to be an ardent supporter of Arsenal and I see my 30% stake as an important aspect in protecting the best interests of the fans in the Club. It has been well documented that I have no say in the running of the club, that my views differ from those of the majority shareholder and that I would like to assure supporters that I am open to various future scenarios – a constructive partnership with the majority shareholder, the purchase of this stake either alone or in a consortium, or if a party appears who shares my and undoubtedly the majority of fans’ vision for the club, I could consider the question of selling my stake.”

So that clears that up, or does it.

Has he said an offer was made, no. All he has said is he is not in talks to sell his shares to KSE.  So was any bid made ?

Any way I digress.  Back to the statement.  AU says he is in it for the long haul – finally something he and KSE agree on, that is Stan’s stock and trade line re AFC. Only difference is some AFC fans dislike it when Stan says it but do not object when Alisher says it, in fact they greet it with relief (even AST do, oddly enough)

Now more on the statement content, you see this is where I’m a bit confused, and I think that is exactly how the statement is designed, it’s a fudge.  You see AU says that he and Stan do not agree on how the club should be run, but bemoans that he is not allowed any say in the running of the club.  Why would anyone bring on to the board someone who does not agree with your views and methods of how the club is run. Who would create divisions in their own board.  Oddly this is exactly what AST called for once again only this morning.

That was fudge 1, well fudge 2 is AU saying that he is in it for the long haul, but he goes on to say that he would sell out if an agreeable candidate was buying out KSE shares too.

So reading the Usmanov statement I straight away flagged two scenarios that AU put forward, that I expected to have enraged AST and all those fans who were in meltdown over the prospect of Arsenal being owned by a single party.

1.      As stated above Usmanov would consider selling out to a third party if that third party was buying out KSE too.

2.      Usmanov would buy out KSE right now, in fact he reiterated that his buyout offer from earlier this year was still very much on the table.

So there you have it, Usmanov, very clearly states that not only does he want to have sole ownership of Arsenal, he is not opposed to someone else being sole owner of Arsenal, as long as that sole owner is not Stan Kroenke, after all big bad silent Stan is refusing to allow him a place on the Arsenal board, just cos poor little Alisher is opposed to him.

Having spotted the glaring contradictions in Usmanov’s statement, and especially seeing his views on single ownership of Arsenal, I looked forward to seeing AST’s response.  I expected them, like me, and dare I say most of you as well, to have spotted how Usmanov’s views were so totally at odds with AST’s stance on ownership of Arsenal.  So quelle surprise, when I saw an article on football.london with quotes from an unnamed AST spokesman, welcoming Usmanov’s statement.

So what has Arsenal Supporters Trust got to say about this statement.  (taken from football.london article

“We got the statement we wanted from Usmanov,” an AST spokesman told football.london.

“It’s actually a reiteration of where he has been all along, which is ‘I would put money in, ‘I would buy it if it were available and I want it to be stronger’.

“There is almost a hint there as well that if someone else came in to break the impasse, as long as Stan sold then he would sell as well.

“It’s as good as you are going to get out of the situation for now.”

“Arsenal is too important to be owned by any one person,” said a spokesman. “The reason we say that is that having shareholders involved in the ownership structure, shareholders as in supporters, is kind of what custodianship is about and what being a club is about.

“But it also keeps accountability. We get the important accounts, which of course have just landed with everybody today. That’s helpful.

“We were able to make such a noise over the last couple of years about the £3 million payment, that’s it’s been stopped. That was mainly an AST campaign that we took into the AGM.

“If it were private, he (Kroenke) could take money out like that and it would be much harder to protest about. First of all to find out it’s happening and then what’s the forum that you protest in?

“So it’s really about keeping the club listed so you get the accountability that comes from it.”

The spokesman added: “And there are other protections that arise if he doesn’t own more than 75 per cent. He can’t do management fees, he can’t change the name of the club, he can’t load debt on.

“It would definitely be a retrograde step if he took it private – which I’m sure is his plan, he would love to if the opportunity arose.”

Oddly enough the spokesman went on to extol the virtues of having multipal owners, “it would be a retrograde step if he took it private”.  But he welcomed the Usmanov statement.

Has all it took for this double speak from AST, been Usmanov to imply that he would be a sugardaddy owner “’I would put money in”.  The AST spokesman was quick to point out this line by Usmanov.

It seems AST’s principles are as easily bought as any glory hunting fan of any club, the promise of “I will put money in” is all it takes.

Or is AST only opposed to Stan being a single owner.  Usmanov is fine though, this despite high ranking AST member Tim Payton tweeting today that it was Usmanov hoovering up shares that killed AST’s FanShare scheme, and also oddly enough that when FanShare offered their shares to him, he refused to buy, meaning KSE got to buy most of them.

You have to ask if  the  AST want a divided board at AFC, as they want Usmanov given a place on the board despite saying he openly disagrees with their decisions or how AFC is run?

His desire to get to 30% damaged Fanshare as it killed Liquidity and requests for support got nowhere.

AST have questions to answer, or are they just hypocrites?

← Arsenal: We are what we believe
Arsenal: Ignorance Is Strength →

58 comments on “Usmanov and AST more Questions than Answers !”