" … if you're a supporter of a club, you have to be, through thick, thin, laughter, smiles and tears" – Bob Wilson
158 Comments

Arsenal Versus Everton: Touch and Go 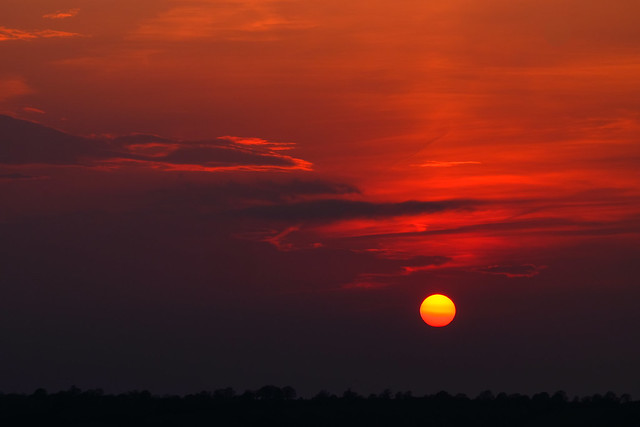 And so here we are. The final curtain call of yet another season is upon us. Elsewhere the thing has been done and dusted for some time now. My neighbourhood team have long since taken in the goal posts. There’s a travelling funfair on the pitch, dodgem cars racing around the goal mouth, the Waltzer spins upon the centre circle.  All around trees are in full and verdant leaf, chicks swell in the nests and family fun days are washed out in the early summer rains.

In the classrooms exam bound school children are dreaming of the beach, of camp sites, of late nights and waking up at noon. Gardening granddads and bumbling bees are busy in back yards and farmers survey silage through half closed eyes and contemplate the first cut. But the Premier League hasn’t quite finished with us yet. There is one last act to play out and all eyes are on just two matches.

It’s true that a defeat for Man City and a goal avalanche for Arsenal would render Liverpool’s contest with Middlesbrough irrelevant but of the unlikely scenarios this seems to present the most vanishingly small chance of success.

Despite our collective disappointment at watching Chelsea run away with the league it is undeniably exciting to be arrive at the ultimate day of the season and still have something to play for. I do like it when a league campaign keeps me interested right to the bitter’s end.

Now I’m not one to pad out a piece with extensive quotations nor to indulge in such ego caressing narcissism as to quote myself but then I’m not one to miss the final match because I’m attending a vegan festival in the heart of Bristol either but all of these things are about to happen.

As the end of term mood imbues my Sunday morning thoughts I couldn’t help but reflect on how short a time it seems since all this started again and yet how very much has happened. Here is what I had to say in my very first blog of the season

“I always hope for the best of all possible outcomes. If that ends up meaning fourth place or a Europa league position or just avoiding relegation then that’s what I’ll be cheering for at the death.

Not this time though. Having been stung by the season which followed the World Cup I watched in horror as the Euros dragged on to see all those Arsenal players not getting a break, not resting and recharging. I  realised that this would be a difficult season. Now it seems that we will not only have to catch up after a slow start but also assimilate all sorts of new faces into the squad, which, when allied to the inevitable injuries ( a knock on effect of the international bullshit we all had to endure) simply means disruption and disjointed performances.”

I know what you’re thinking – crystal ball stuff isn’t it? But not really, it was all easily predictable and a disrupted season has produced mixed results. It is of course not all over yet, not in the league nor in the FA Cup and getting to within sniffing distance of the top four and to a Wembley final in such a difficult season is no mean feat and the manager and his staff deserve credit for this.

So where do we go from here? I don’t believe we need another influx of new players to disrupt the squad yet again we just need people not to get injured all the time. The players are good enough, but the results have simply been insufficiently consistent to mount a serious challenge. Despite a very good run, which lasted until just before Christmas when Everton and City took six points from us in consecutive games, we just didn’t hold it together for long enough. Those six points would have robbed us of our fun today but would have put an entirely different complexion on our season.

I know, I know, it’s all ifs and buts, but then that’s what we do at this time of year isn’t it? Like an impotent man with a big arse, there is so little in front and so much behind us that some reflection is only natural. However, I’ll put my short term nostalgia on hold and try to focus on the game today.

We owe Everton one don’t we? We deserved at least a draw at Goodison and need to pay them back this afternoon. Our visitors are in reasonable to middling nick right now. They’ve lost two of their previous six and won three. But then, they were in a dreadful run of form when last we played them and we were unbeaten in fourteen league games and we all know how that panned out.

There has been a huge improvement in our performances of late, and confidence appears to be returning to the side. Kieran Gibbs has shored up our vulnerable left flank and our mercurial Chilean has found his passing and shooting boots. We have the fire-power, the resilience and the belief we need to do our bit, the question is can ‘boro lift themselves and do to Liverpool what Newcastle did to Spurs?

Despite my seeming ability to see into the future the truth is I don’t know what will happen today. Last games are like opening games – a bugger to predict. In any case I’ve never gone in for that psychic stuff. For what it’s worth I believe we’ll do it with aplomb and both Liverpool and City will lose and an awful lot of humble pie will be eaten come five o’clock today. Not by me I hasten to add, I’ll be eating an Indonesian jackfruit curry followed by breaded seitan and tofu wrap washed down with a Sorrel smoothie. Possibly.

Anyway that’s enough from me, I’ll see you one last time for my cup final preview but that is all I have for another league season. I’m sorry I’ve failed to discuss take over bids, ex players comments to the press, and the manager’s contracts, but you see none of that is of any interest or relevance to us. All we have to do is to sit and enjoy the game. So let’s do that shall we? One more time.

← Arsenal: Cruising past the Cats
Arsenal: Part The Glories Of This Happy Day →

158 comments on “Arsenal Versus Everton: Touch and Go”