" … if you're a supporter of a club, you have to be, through thick, thin, laughter, smiles and tears" – Bob Wilson
41 Comments

Arsenal: The Harder The Conflict, The Tastier The Bacon 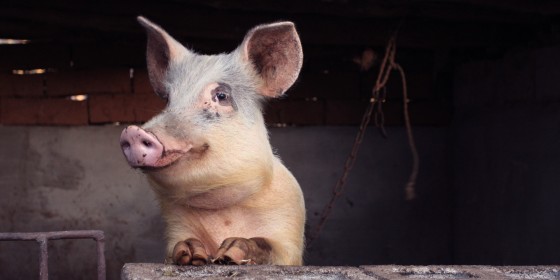 I am sure the glow of satisfaction persists among us this morning after the comprehensive slaughter of the Stoke? And on top of that justified satisfaction a glance at the mainstream and social media as your breakfast grills invitingly reveals multiple reference to “the heat is on” and “under pressure” alongside a nervy picture of Jurgen.

After the WHL game and the heathens smashing of the statue of St Totteringham all was despair, renting of replica shirts, wailing and gnashing of teeth in the land of Gooner. Less than 14 days on there is a spring in our step.

Of yesterday’s proceedings it was our wing-backs that caught my eye. I say that because in days gone past, too many days, a trip to Stoke has seen us fail to break down the home side’s lumpen defence. Too often our elegance has foundered on the rocks of four or five two-metre high backs. The Stoke defence is always rough, but irritatingly it is often entirely effective in trumping our superior technique with 90 minutes of raw, ugly vigour. Not so yesterday.

The difference yesterday was that the home side were attacked along the flanks, their defenders pulled from side to side, picked on, turned and twisted. Hector particularly had a magnificent game and left Pieters, an experienced left back, in a heap on several occasions. That the opener, decisive in its timing and beautiful in its simplicity came from Hector’s cross, was no chance outcome. And this was of course the same wingback position that the Ox centred so beautifully for Danny to score against the Mancs last Sunday.

On the left hand side the liberation of Nacho is almost complete. Again he provided width and opened gaps for the Spaniard to score, as well as for Olivier and Alexis to steam through the spaces with Johnson left on his arse.

Breaking through defences that are set up to contain and frustrate us has been our failing this season, and last. With the use of wing-backs, and I think the Ox, Gibbs and Hector are naturally attacking players rather than any sort of classic full back type, we have found a key to open that particular lock.

The second encouraging thing noticed yesterday was a willingness to match Stoke kick for kick, sly elbow for elbow, theatrical tumble for diva dive. They were not used to receiving their own medicine from us. It is a truth universally acknowledged that if you are required to wrestle with pigs that you will inevitably become a bit grubby.

Of the rest of our lads I saw an entirely professional performance, a couple of flashes of excellence and our second goal was a joy to behold. As important there was a nine minute period after Crouch ‘scored’ (ahem) during which we were under pressure, corner after accurate corner from Stoke raining in, but we did not crack. Our players were calm, everyone knew their job, we drove them backwards and finally they were forced away.

Like me I am sure you will have an eye on the London stadium this afternoon. Which ‘Ammers will turn up, and which Liverpool?

Perspective is the thing though, and time. Right, that is breakfast cooked. Enjoy your Sunday.

← Once more unto the breach, dear friends, once more.
When The Going Gets Tough, Arsenal Gets Going →

41 comments on “Arsenal: The Harder The Conflict, The Tastier The Bacon”