" … if you're a supporter of a club, you have to be, through thick, thin, laughter, smiles and tears" – Bob Wilson
182 Comments 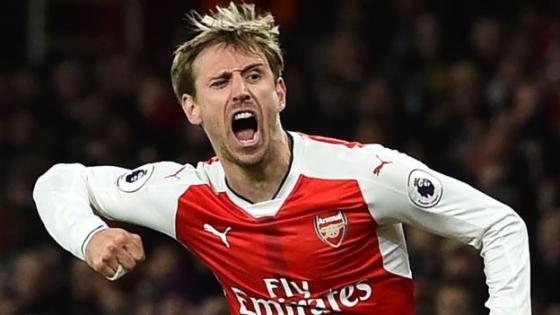 A third straight win despite a number of changes in the starting line up, tiredness among the players and dogged opponents hell bent on leaving with a point. Perhaps the most striking point of the evening was Leicester’s approach. League champions last season, their trophy deserved, and dangerous opponents on their last visit to the Ems. This season an entirely negative, nine men at the back all evening, barely willing to move the ball over the half way line. Even Vardy seemed half hearted. Just one serious effort on goal (and an excellent save from Cech required). Was this mob really standing toe to toe with Athletico Madrid in the QF on the Champions League last week ? Entirely fitting that they should be undone by an own goal.

With regard to the Arsenal starting line-up it raised a few eyebrows, mine included. As I said yesterday we have a strong squad so changing players in itself was not unexpected after the hard afternoon at Wembley but Nacho as a third centre back, Gibbs as a wingback, Theo in from the cold, and no start for Danny or Larry ? I admit those selections puzzled me.

I heard someone say that maybe Arsene was using the game to assess those players whose future at the club after the Summer is in doubt. Speculative given the importance of the game to our final PL position but not entirely implausible.

Of the game itself we played “alright” in the first half. We had a lot of possession, stood up to the Foxes’ aggression, and moved the ball well to the edge of the visitors’ box. Beyond that point we seemed to seize up. Our attackers seemed reluctant to run at opponents into their penalty area with the ball. The ball was passed sideways and backwards across the final third. Corner came and went. We rarely had more than one player actually in the box to inflect any damage from open play. Sanchez dropped deeper and deeper to evade the Leicester centre backs. Theo flickered in and out to no obvious effect. It was only in the final 10 minutes of the first half that Mesut came to life. We never seemed to pull Leicester apart and we did not look like scoring.

As is our usual approach second half we stepped up our efforts after half time  but it was not until the full complement of substitutes were on after 75 minutes that Arsenal began to crack the Leicester shell. Huth and Benalouane, having enjoyed an easy night swatting Sanchez away like an annoying bluebottle all night, suddenly faced the muscle of Giroud. Sanchez and Danny concentrated on the wings, and Aaron played further forward than le Coq. When Kosc went down writhing I had a bad moment but, much to everyone’s surprise, he was back up and playing within a couple of minutes. We became urgent in our efforts. The volume in the ground went up.

The pressure built, the Leicester defending became more ragged, for the first time all evening their defenders were being drawn out of position and gaps were opening. The goal when it came was scruffy, two deflections and no chance for the keeper.

After that decisive goal a strange few minutes. The referee and Sanchez both seemed to lose their heads for no obvious reason. What had been a fairly mild contest degenerated into a fracas with Cech and Schmeichel both leaving their goals to get involved in a row. Cech, to his credit, was telling Sanchez to control himself. Fuchs was already on a card and an idiot for slinging the ball at Alexis. The Austrian should have been off. Alexis, sore lip or not, should not have flung himself down. More concerning immediately after that incident Sanchez crashed into another Leicester player (Drinkwater ? ) in front of Arsene’s technical area and went down clutching his face again, for no obvious reason. If Jones has seen what I had seen then we would have been one Chilean short on Sunday for the NLD. The man had lost it. We all like a bit of passion and fight but even so …….I shall put it down to his exhaustion after two testing games in four  days.

Very much a difficult job completed successfully. Three points nearer the opposition and the Manchester derby tonight to add a little more incentive to our chase. Fingers cross for the Ox and for Kosc this weekend and that they are both fit.

182 comments on “Arsenal: Deflection and Guile”