Arsenal Versus Basel: What Year Is This? Who Is The President? 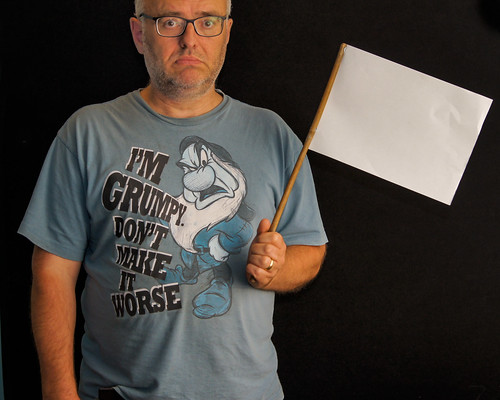 I must confess you’ve caught me with my pants down this morning. I woke up still reeling from a stinging rebuke delivered by our very own Foreverheady, which reproof came in response to some perhaps ill advised and waspish comments I made last night. I was responding to the childish and frankly embarrassing shambles which was the BBC’s idea of how to present an FA Cup draw. The puerile humour, the schoolboy giggling, the whole flatulent, uncomfortable performance was in such contrast to the measured, solemn, suited draws of memory that I felt moved to pass comment.

I have only myself to blame. Why was I watching it anyway? The matches won’t be played until next year and I am fairly confident I would have heard the details of the fixtures before then. In any case Tim thought I was being a little snobbish in my reaction and if I came across like that I apologise. I have nothing against inarticulate working classes cocking their legs in the palaces of the mighty. In fact, I’m all for it.

What gets my goat is when the media is deliberately designed to appeal to the lowest common denominator. It is a phenomenon which gives rise to the likes of Robbie Savage and Michael Owen. It patronises and insults the audience and actively assists the growth of a society in which a minister of the crown can state that “people in this country have had enough of experts” and not damage the cause for which he is campaigning.

Anyway, I think I deduced among the barnyard mooing, clucking and cooing that Arsenal will face a trip to Deepdale where they’ll play Preston North End. There was once a time when this would have been a clash of footballing titans, a ‘super Sunday’ in the revolting modern parlance, but such are the vagaries of the sport that Preston now languish in the second division.

Had we played them in the first ever league season we would have been very much the underdogs. Preston went on to win the title without losing a match and the FA Cup without conceding a goal. As it is the game will be the clash of the only two invincible teams in the history of the English game.

But that is all for the future. I mentioned at the top of the page that you had caught me somewhat in flagrante. This is because, as I strapped on my sleep apnoea mask last night and commenced an attempt at seven hours of the dreamless restorative, little did I suspect that at seven forty five ack emma on the following day I’d be bashing away at the old Logitech trying to think of something to say about football. I had it in my head that we were playing on Wednesday. Or that today was Monday. Or that this world is in fact an illusion and that I am merely an aspect of a greater consciousness experiencing itself in an abstract and fanciful manner.

Whichever excuse fits best, rest assured that I had forgotten there was a blog to write. It appears that tonight sees the final act in this season’s Champion’s League group stage. A stage the manager and his charges can look back on with no small satisfaction. Unbeaten, even by the favourites, separated from them only by the most ludicrous rule in football, we are already guaranteed to progress to the knock-out phase.

It is a moot point as to whether finishing first or second will be an advantage this year but do you know what? If we want to reach the final we’re going to need to beat a couple of decent teams along the way so there’s no point in bleating about when that might happen.

The very little reading I’ve done on tonight’s fixture in what passes, laughably, for research suggests two things. One, there is no point in playing as we are already certain to finish second. This is at best illogical, untrue, counter factual and just plain made up. Two, Arsène had better play a very much weakened team or else there are going to be some terribly cross people on twitter tonight.

I view the proceedings somewhat differently. The people who say we are bound to come second are in all probability the same people who told us we’d finish below Spurs last season. They need to throw out the ouija board and just let events unfold. As far as team selection goes I have a very strong suspicion that the manager, his coaches, fitness staff and medical team will all feed into the ultimate decision and they will bring knowledge to bear that even the most widely read and respected Arsenal bloggers simply do not have.

I let the mechanic tell me what’s wrong with my car, I let the surgeon decide which bits to chop out of me and I let the club’s greatest ever manager pick the team. I’m not saying it isn’t fun to speculate, of course it is. I’d accept favourable odds that many of you are busy wondering just what is going to be under the Christmas tree this year. Speculation is fun, and we all indulge.

The point isn’t that you shouldn’t enjoy hypothesising over the line up. It is rather that it’s silly to praise or criticise the manager about it without having the faintest idea of the reasoning behind his decisions. It is up to Santa what he brings you and it’s up to Arsène who he picks. You don’t have the relevant information to second guess either of these fine old men as they go about a job you simply are not qualified to do in their place.

Well that’s enough of all that, I have to get my porridge cooking and I have to go to work this evening and have much to achieve in the interim. I will not get any of it done trying to fill this page. Fancy starting a new job on a Tuesday evening when Arsenal play in the Champion’s League. What a fool. Unless of course I’m supposed to start tomorrow. I’m really not very good at all this you know.

← Arsenal : Sanchez inflicts Hammer Horror
Arsenal Gleam in the Fog on the Rhine →

85 comments on “Arsenal Versus Basel: What Year Is This? Who Is The President?”