Arsenal Versus Spurs: Love Your Neighbour, But Maintain Your Fence 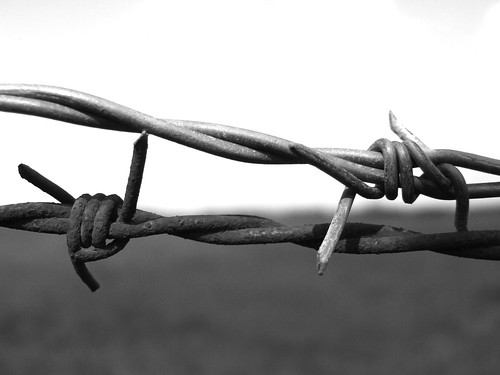 Because we have a strict door policy here on Positively Arsenal we were, in the early days when anybody cared to take any notice of us, decried for all sorts of reasons. Elitism, snobbery, and being anti democratic to name but three. Yesterday, in a spirit of what I can only assume was one of masochistic self loathing, I was scrolling through tweets from the twisted, spite fuelled, anti intellectual, garbage filled brains of rabid Donald Trump supporters and this blog sprang to mind.

I know what you’re thinking. In a body of work rightly famed for its non sequiturs that one takes the biscuit Stew – but please, bear with me. You see I have been saying for many years, in a conscious or unconscious echo of the late great Bill Hicks, that the trend in what is laughingly termed ‘reality’ TV doesn’t simply lower the standards of television it actually lowers the standards of humanity. It is a dangerous and wicked phenomenon with consequences which have the potential to bring down civilisation as we know it.

Not my most popular conversational opener while sat with she who must be obeyed on a Saturday night as Simon Cowell’s frightening and maliciously lascivious grin is beamed into our living room, but a belief I hold dear nonetheless. The rise of Trump is, however, the only proof one really needs.

As host to one of, if not the, very worst of these appalling programmes, one that celebrates the disgusting ethos of competitive capitalism the man and his values were constantly broadcast into the brains of millions of voters for hours on end. Their own values were corrupted, their standards lowered to the point that now when he spouts utter baseless drivel like a cartoon character from the pages of Viz they whoop it up and cannot wait to scratch a cross beside his name.

Just as in the political world the coverage of football has similarly plummeted to levels of degeneracy unimaginable when first I followed the beautiful game. When the blogging revolution began it seemed humankind had discovered a miraculous antidote. Rather than being spoon fed garbage by intellectual midgets with a slavish adherence to the predetermined editorial line, we could read the thoughts of fellow enthusiasts and even chip in with our own reflections on the players, the game, the manager, the price of pies. In short, the whole shebang. Everything we held dear about our chosen sport was up for discussion. We weren’t being told what to think any more, it was a beautiful new dawn.

Of course, we all know what happened next. Like mainstream pop absorbing the anti establishment spike of punk rock and converting it into something less challenging, safer for the masses to handle, so the blogs moved inexorably closer to the papers. The black hole of mediocrity sucked in the brief flickering flame of hope, and darkness reigned supreme. So George found this dusty corner, swept the floor, put out a few chairs and invited some friends around. First however, he tended to the most important thing of all – a big strong lock on the door.

If the anyone wants sanctuary from the howling wasteland of anti intellectual hatred, bigotry, and  bias they only have to knock politely and they’re greeted with open arms. Otherwise they are welcome to remain outside to continue their crawl across the graveyard of individual thought where they’ll find plenty of sieg heiling conformity to satisfy their dark cravings.

What, if anything, does this have to do with a North London derby? Bugger all if I’m honest but I’ve previewed a fair few of these encounters while serving my time among George’s writing drones and there’s only so many ways of saying the same thing you know.

This year, however, the approaching encounter does feel different. There is a sense that while still rooted in our shadow, the upstart pretenders whose only real claim to fame is having such a fine club as Arsenal to call their rivals, are as close to us as they’ve ever been. Only a catastrophic last gasp collapse in their morale, allied to canny, calm and above all experienced leadership from Arsène saw us step over them into second place last time around.

They look like genuine contenders to me, and the fact that we are more than a quarter of the way into the fixture list and they are still unbeaten tells its own story. Granted they’ve not been as invulnerable in cup competitions but early exits from such distractions must only help focus their sights on the Premier League. It’s no secret that this Arsenal squad is also as strong as it has been in a long while. Any improvements down the Lane have been matched in North London’s more prestigious football establishment, but even so the days when we could look forward to a derby match as little more than a guaranteed three points with the potential for some light entertainment along the way are over.

I shan’t pretend to have any special knowledge of our opponents today. Wednesday’s match against Leverkusen was the first time I’ve seen them play this season and apart from Hugo Lloris I couldn’t pick any of them out in a line up. What can’t be questioned is that Pochettino has them organised defensively and playing with a greater resilience than the fragile show pony Spurs sides of old. The one thing I did notice and was accused of being a Kloppite for saying it, was that the work Bayer 04 did off the ball unsettled them and they didn’t respond well to the pressure. It is of course a given that all teams need to work hard to regain possession but I believe that in some games we don’t do this as well as we might.

Every so often we appear content to leave all of that kind of work to Francis Coquelin and while the boy never disappoints we are more successful when two or three players pressure the man on the ball from the moment possession is lost. We won’t win the game with aggressive defence though, I get that. Fortunately we have a blend of the inventive, the clinical and the downright impudent up front which, should we succeed in stopping them playing, ought to be enough to bring home the bacon and put an end to all this silly invincible talk. Having said that neither side is terribly good at losing these days and I wouldn’t discount a draw, in fact it does seem the more likely outcome.

If you are at the match I shall listen out for you, if not I’m afraid I won’t be here to share it with you. My band practice today has been scheduled by some wrestling fan who has no understanding of real sport and so chose a start time of 1pm. As a consequence I shall have to wait until Football Origin have the match up this evening. The rest of you have fun and just make sure the door is locked, it’s a cold, horrible place out there.

← Did The Arsenal Board Lie To Us? Well No – And Yes!
Arsenal – More And Less Than A Derby →

112 comments on “Arsenal Versus Spurs: Love Your Neighbour, But Maintain Your Fence”