" … if you're a supporter of a club, you have to be, through thick, thin, laughter, smiles and tears" – Bob Wilson
153 Comments

Arsenal Versus Ludogorets: The Norway Of The Year 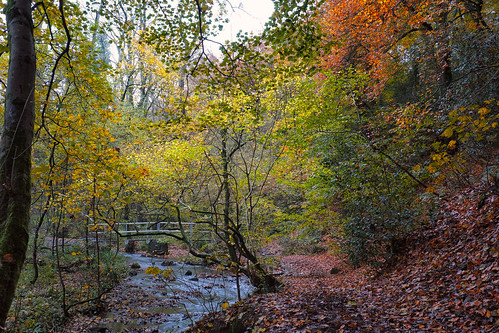 The last time I had anything even remotely resembling a proper job, and we are going back into the halcyon mists here, there was a rhythm, a recognisable pattern to my work year. I was shackled in the engine room of academia, not teaching of course – they don’t allow inarticulate, uneducated oafs from the labouring classes to stand in front of young people and tell them how the world works – God forbid.

Only the most servile and robotic clones capable of adhering to the strictest codes and never risking an original thought are considered fit to be teachers these days. Which is why it’s a good job young people have men like Arsène Wenger in their world. If you want someone to look up to, look no further I say. In a life of insane rush and avaricious clambering having a man capable of maintaining a calm equilibrium in the face of abuse, malicious misrepresentation and an all round lack of appreciation can only provide a positive counter balance.

When I was working at the college each term had a particular character and I evolved different strategies to get through the individual challenges posed by them all. November was a bastard. The novelty of the new academic year had long since evaporated, the clocks had reverted to proper time and darkness was gathering all around. Christmas was too far away and too expensive to contemplate and the true misery and futility of their surroundings had begun to sink into the students resulting in the predictable but nonetheless unpleasant behaviour patterns which inevitably ended at my door.

So I joined Nanowrimo. Because I would be writing against a deadline and under pressure every day the month simply flew by. Before I knew it I would be opening my advent calendar and contemplating two weeks off in the dysfunctional bosom of my family.

For some reason known to the universe but not to me I approach the November fixture list in a similarly uncertain state of mind. Looking back over the years the results simply do not bear witness to any annual meltdown in the eleventh month. This time last season wasn’t the most fun an Arsenal supporter can have, but generally we’ve won more than we’ve lost so I can’t explain the trepidation.

It may simply be that the bleakness of my outlook infects my thoughts  where football is concerned, and let’s face it, we all look at the world through our own distorted lens. Those who think a player is poor will, in their minds, amplify his errors and overlook his positive contribution to the team, and we all do the reverse for the players we love.

In reality then November should hold no more fears than any other month. It isn’t the time when Arsenal traditionally ‘melt down’ as the vacuous lickspittles of the press would have us believe. It simply means another series of fixtures for the players to navigate, all of which are significant regardless of the opposition.

We kick off this mini campaign with the usual worries about injuries. Our last match saw us robbed of Lucas, Monreal, Theo and Santi while Danny is not even projected to start his rehabilitation into the first team until next month. Olivier and Aaron are only ready for a few minutes from the subs bench and so we can expect a few players to be putting in quite a shift before November is out.

One thing the boss could do is rest people for cup games where he deems the opposition pose a significantly lesser threat. Do Ludogorets fall into this category? I’m not so sure. In one respect the argument could be put forward that as we comprehensively gubbed them less than a fortnight ago then yes they are a decidedly weaker team than, say, the Spurs side we will face on Sunday. Results seldom tell the full story though do they? For much of the first half the Bulgarians played some neat football and only the ever alert David Ospina kept us from falling behind. In their own stadium and with a point to prove to their supporters they may not be the pushovers that six nil suggests.

I am of course falling into an obvious trap. That of looking ahead beyond the match in question, contemplating the fixture list for the month ahead and ignoring the age old mantra  of one game at a time. Fortunately enough I’m not the one who matters here. The man in charge who’s decisions actually have an impact will be fully focussed on tonight’s fixture and whatever team he sends out will, I’m sure, be properly prepared and more than capable of getting the result.

Right, I have to find two thousand words for the first page of this year’s novel so you’re going to be on short commons today and for the rest of November I’m afraid. Unfortunately I am not one of nature’s planners. I sit down each year with an empty page in front of me and an equally empty head. They call it writing by the seat of your pants. I hate that I’m like this, it makes the world a terrifying place to navigate and I wish I could spend the preceding eleven months planning but as with every blog I write for you I’m afraid I just have to start scribbling and hope something comes out of it.

If you’re travelling to Razgrad tonight then I wish you a safe journey, if not I’ll see you here from seven forty five. Or eight forty five as my body clock still deems it to be. Either way I’m as excited for another European night as every other supporter  – whatever time of day or year it happens to be.

153 comments on “Arsenal Versus Ludogorets: The Norway Of The Year”