" … if you're a supporter of a club, you have to be, through thick, thin, laughter, smiles and tears" – Bob Wilson
29 Comments

The Goal Is 86 Points – Arsene Wenger 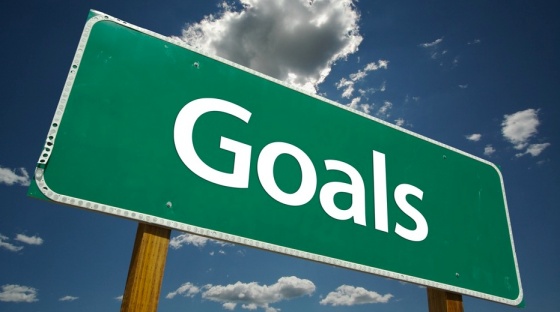 Something really important was stated by Arsene at last week’s AGM, which from my reading has hardly been picked up by the football commentariat and especially the Arsenal bloggers whom one would assume are supposed to support the club.  He said:

“…. the championship will be decided between 82 to 86 points and what we have learnt since the start of the season is every game is a fight and you need absolutely to be at your best to win. That means we have to be really focused on details, keeping the energy inside our club but even more inside our team as every single detail can get you points”

No one, so far, has picked up on the importance of the figure he quoted. Is the goal of 86 points reasonable? Is it achievable?

Reasonable? Given my focus on data, which is now my niche on PA, it was easy to locate the last 20 years of data on PL winners. I calculated the mean average in points to win the league is 85 and the median is 86. The comparable PPG is 2.24 and 2.28 respectively.  The fact that Leicester won with 81 points last year is an outlier and so is Man United’s 80 points in 2010-11. Since 2003-04, except for those two, the minimum for a club to win the league was 86 points. The mean absolute deviation is 4.4 leading the boss to put an absolute minimum points at 82 points. That low figure is chancing it. Clearly his goal to be on the safe side must be 86 points.

Achievable? Given the energy and effort of the squad for the first 10-games, there is no doubt in my mind that they are committed to the goal. But what of the fans? It will be a herculean effort as the club ended last season at 71 points, 15 less than the goal. The PPG last year was 1.87 vs a goal of 2.26 which is a 30% improvement. As I will discuss in further detail later,the PPG is currently 2.3, which is exceeding the goal.  Can the club sustain this PPG?

In my last blog I demonstrated that since 2003-04 Arsenal usually starts with a strong PPG in the first half of the season but has been generally unable to sustain this level of consistency in the second half. I put this down to lack of squad depth to overcome injuries to key players. In previous blogs I have demonstrated that quality signings at great cost were made last summer in key areas; Perez (forward), Xhaka (midfield) and Mustafi (defence). This is in addition to Elneny, Gabriel, Ozil and Sanchez in prior years, all of which has made Arsenal a greater force quantitatively and qualitatively compared to project youth and our last title challenge in 2007-08 which was terminated by the hacking of Eduardo.

But even with these signings by Arsenal, other often richer clubs have also made improvements. City, United Chelsea, United and Liverpool have signed quality reinforcements both in terms of players and management. The current trainwreck at Manchester United is not necessarily an indictment on the quality of the new players but on the character of the new manager whose rancid reputation preceded him.

But as Leicester proved it is not necessarily the amount spent on signings, it is the the energy and commitment of the team and of those who support the club with makes the qualitative difference. With this commitment Leicester achieved a 40 plus swing in points from one year to the next. Compare that to the required 15 points swing by Arsenal.

If the team is committed then it is the duty of blogs like PA to educate the fans, to get them fully behind the goal. As Leicester demonstrated. the united energy of the fans can help the club get over the line when the going gets rough. Every point will count until we get to 86!

(BTW: It is self-affirming that Arsene puts similar emphasis on data as we do at PA.)

The Significance of 23 points

I’ve got to be honest. Nothing major happened statistically for Arsenal this past week-end. The club was supposed to beat Sunderland and duly obliged by dispatching them 1-4 despite the valiant attempts by referee Martin Atkinson to tilt the playing field in their favor.  In yesterday’s match report on this blog, Arsenal Andrew did an excellent job of dissecting the strange decision-making of PGMOL’s top FIFA referee, which I won’t repeat. Safe to say, the Gooners demonstrated they had sufficient firepower in reserve to turn around what was looking like a masterful stitch-up job into an autumnal canter to the winner’s enclosure.

But data-wise, after 10 games, there is no statistical difference between the top-5 teams in the league listed below.

Being this early in the competition, none of the top-3 teams in particular have been able to demonstrate a sustained winning streak, which is a clear signal of their superiority over the rest of the league.  As I have demonstrated from historical data, in all previous title runs in the Premier League, Arsenal has had at minimum a 9-game winning run. Their most recent streak ended at 5 wins. Victory over Sunderland may signal the start of another winning series. Time will tell.

To demonstrate how misleading early season form can be it is useful to compare the 2016 data above with 2015’s  below.

As we all know by now, after barely missing relegation the previous season, Leicester City had a surprisingly bright start and kept improving as the season wore on and won the title by 10 points. West Ham and United could not sustain their early spark and failed to make the top-4.

More significant, in my opinion, is the fact that the top two teams at this point of the season are the same this and last year. Despite Leicester’s success, as I demonstrated in my pre-season predictions, based on 20-years of PL data, there are only four teams with a 95% probability of winning the league (United, City, Arsenal and Chelsea).  Any statistician (I am not) will tell you that anything less than 95% probability is useless as a predictive tool.

Because of the predictability of the data for the clubs named, it is easy for any rational football fan, especially denizens of this blog, to dismiss as a load of bollocks the nonsense spouted by the majority of ESPN and BBC pundits, who, at the beginning of this and prior years, “predicted” Arsenal will not make the top-four, much less win the title.  As is well known Arsenal has never failed to make the top-4 in any of the past 20-years, all under Arsene Wenger.

Furthermore, the historical data is very predictive about making title challenges; when Wenger has the resources to strengthen the team and not have to sell his best players, Arsenal usually wins the league or comes very close. Data from the recent AGM that the club is less reliant on player sales for income, £65m in 2011-12 compared to £2m in 2015-16, is a strong indicator of Arsenal’s increasing potential of winning the league.

As I frequently emphasize, the commercial media has a vested interest in preying on fear and despair (two instincts that reside in almost every human being) among Arsenal fans. They do this by sensationalizing any real or imagined setback the club may suffer. Thus at the start of this season when the club lost 3-4 at home to Liverpool the media and their echo-chamber among Arsenal blogs, went into total meltdown. James McNicholas, aka Gunnerblog, opined in his ESPN blog on August 14th:

“Although the Gunners fought back from 4-1 down to make the scoreline respectable, there weren’t too many encouraging signs in this performance.”

Surely there is something amiss when a “Gunner” ignores a fightback from 3 goals down to coming within one goal of an equalizer, and instead decries the performance. Two and a half  months later this doom-mongering is exposed for what it is, abject sensationalism:

A reliance on data allows us to ignore the McNicholases and their ilk. While the sample size is small, making it premature to draw any conclusions, it is clearly observable that, performance-wise, there have been far more positives than negatives in 2016 compared to 2015.

← Atkinson 1 – 4 Arsenal – But Let’s Not Mention The Ref
Arsenal Versus Ludogorets: The Norway Of The Year →