Arsenal – We are so very ‘umble

The result we all hoped for last night with our light blue opponents pushed firmly back toward the pack, and us neatly tucked in behind the Foxes and we move into the Christmas bend.

Dare I say what I suspect a couple of you are thinking, but feel a little shy about sharing …….. Hmmmm??

Dammit I shall – Last night we played well enough to see off Citeh but it was a routine performance. We did not extend ourselves to our very best because we were not required to. Arsenal was efficient. It was, in the end, “expected”. Our defence was very solid, our midfield matched theirs. I was very impressed with the Flamster last night who I barely noticed as he ate up ground, pushed Citeh players out wide and backwards, put in tackles, and generally disrupted the life out of the opposition without anyone noticing. He must be a very difficult man to play against. He is now entirely match fit, a regular starter and 90 minute player. Brains with a steel core.

The one significant difference between the sides was the killing use we made of our two first half chances. After a super, and unexpected, strike from Theo rocked the visitors on their heels, Olivier followed it up through Joe Hart’s legs. Two chances, two goals. Bingo. And that was just about that. It would not matter of Citeh had been a very good side they wee not going to come back from that decisive One-Two.

The second half, up to the 76th minute, was a little dull with us doing enough to keep Citeh off. Apart from a couple of misdirected headers from Aguero they never looked like recovering the initiative in the game. Only Hart’s outstretched leg, from Campbell, and his moon face, from Aaron, saved the Manchester club from embarrassment.

With Mesut’s departure we dropped a gear and allowed them back into the game with a well taken goal from YaYa Toure. Why YaYa played the remainder of the game like a man pushing a fully laden wheelbarrow around the pitch in front of him I do not know. His best years are quite definitely behind him. I could well say the same about Sterling, but that would be ungenerous.

Even with the match at 2-1 however the revival never looked on. The visitors lacked that final burst that could have given them an entirely undeserved point. Unfortunately for Pellegrini that absence of late night fire will be blamed on him rather than his players. The merry-go-round shall spin again.

I thought Hector played well last night but looked a little tired. I would not be at all sorry to see Debuchy given a run out over the next couple of games. There is plenty of football to be played in the next six months so a little rotation will surely be a wise investment. Joel earned some deserved praise on social media last night. How times change !

My one disappointment last night, as those who follow my line on Twitter may have spotted during the game, was the booing of Bacary Sagna. WTF was that all about? I despair of ( some) of my fellow Arsenal supporters sometimes, I really do.

So there we are – the final match review before Christmas, Arsenal poised beautifully as we go into the holiday and with a season of goodwill and three points to be collected beginning at St Mary’s on Saturday. I have thoroughly enjoyed knocking out these match write ups and the benefit of your informative, wise and measured responses.

And for our Scarfist viewers ? 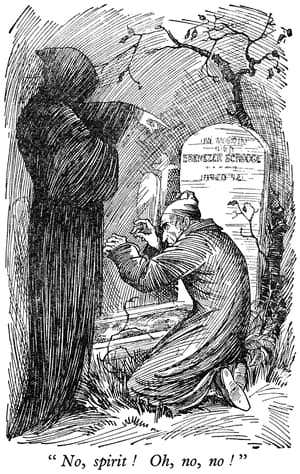 Happy Christmas one and all.

← Arsenal Versus Man City: Secrets and Lies
All I Want For Christmas…. →