" … if you're a supporter of a club, you have to be, through thick, thin, laughter, smiles and tears" – Bob Wilson
90 Comments

Out Goes The Weasel, In Comes Per Mertesacker

Posted by shotta_gooner on December 19, 2015 in All Posts 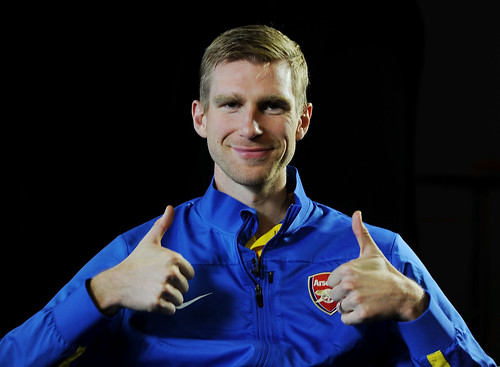 Up and down the City Road
In and out the Eagle
That’s the way the money goes
Pop! goes the weasel.

The carnival is over girls and boys. I was in two minds about that unseemly spectacle over at Stamford Bridge; whether to wish for the continued reign of the Special One as he drove the club further into the ground with his increasing megalomania and irrationality or to wish for a summary execution where he would be publicly shamed and ridiculed. Somehow I think we got the best of both worlds. Now the very media who fawned over the deluded little man, literally treating him like the second coming, are like a flock of carrions diving into his carcass, seeking to extract as much of the meat to sell to the public. What a comment on the times we are living in.

The only good thing about the recent bloodletting at Stamford Bridge is the distraction it provided from the real business at hand, the upcoming clash between City and Arsenal. Knowing the media, this reprieve won’t last for long. Pretty soon the demise of the so-called Special One will be yesterday’s news as it becomes apparent that his loss will be mourned by only a few. He mattered little, most of us will move unto more important things.

While our eyes were diverted elsewhere, there have been several attempts to stir the pot with the usual stories about the inevitable demise of Arsenal in the face of the financial juggernaut of Abu Dhabi’s Manchester City, just like that other colossus, the club in blue from Fulham. Some people never learn do they?

One of the memes trying to gain traction is that Per Mertesacker is some sort of a liability for the Arsenal. Earlier this week, one of the Fleet Street rags did a real hack job, bigging him up as having “great positional awareness and strong leadership skills” and in the same sentence, striking like the hand of Brutus, describing Per as having “the pace and mobility of an industrial storage container.” Outside the mainstream, one of those juvenile football websites that somehow manage to get frequent visibility on NewsNow, came up with the brilliant idea that against City “Arsenal need the combined athleticism of Koscienly and Gabriel in the center of the defense. Absolutely.” Yup, you read right. Gabriel, who is considered inferior to such paragons of defensive ineptitude as David Luis and Thiago Silva in the Brazilian set-up, must absolutely play ahead of the most experienced Arsenal defender in a decisive game vs its main title rival.

You have to wonder what Per has done to earn such disrespect. This is a player prior to signing up with the Arsenal in 2011 had 100 caps for Germany. In fact his contract was brought forward one year earlier than planned after we were embarrassed 8-2 by Manchester United in August of that year. That, I wish to remind Goners was the month of infamy when Cesc Fraudegras declared he was not fit enough to play for the Arsenal, but immediately after his transfer, turned up for Barca in the Copa Del Rey final. Despite Arsenal FC being shorn of two of its best players, the other departee being Samir Nasri, immediately after his arrival Per immediately contributed to solidifying the team, especially in defense, as he developed a partnership with Laurent Koscielny. The importance of this duo became apparent in the month of November when we overcame Sunderland, Stoke and Chelsea and kept a clean sheet in the away victory in Marseille in the CL. No wonder he earned the moniker of the Big Fucking German (our BFG).

It is amazing how some people easily forget the ropy defensive performances prior to the Mert-Kos alliance. Per was virtually present in every game until February 2012 when he suffered an injury at Sunderland and had to undergo an operation which kept him out of the team for the rest of the season. Losing defensive solidity, despite Van Stapleton’s golden boot performances, we struggled to 3rd at the end of the season, barely securing our Champions’ League spot on the final day of the season, only one point ahead of the Scum.

In subsequent seasons, the firm of Mertesacker and Koscielny has been the defensive foundation of Arsenal’s consistent improvement in Goals Against statistic.

In the two years prior to 2011-12 Arsenal coughed up an average of 42 goals per season. Since the BFG took charge, after an aberration of 49 goals conceded in 2012, the numbers have consistently trended downwards to an average of 38 goals against in the past three seasons. It is remarkable that while our Goals For has remained stable, in the low 70s and even declined to 68 in 2013-14, it was our mean defending that drove our goal difference to a high of +35 last year. Not bad for defender who is like an “industrial storage container.”

At PA we are fully aware there is an unrepentant minority in our fanbase who delight in finding fault and belittling the qualities of some of our players (Giroud anyone?). Evidently some wish to give the BFG the same treatment even though all the recent scapegoats have simply made fools of the slaggers and slaters.

Given recent reports that, via the in-house statistical team, AW is fed much more data than my simple review, I am sure he is well aware of the key role that the BFG plays in the team. Despite the naysayers, captain Per will be the first name on the team-sheet leading the troops out to battle on Monday against the oily-might of City.

← They Were Only Supposed To Blow The Bloody Doors Off!
Arsenal Versus Man City: Secrets and Lies →

90 comments on “Out Goes The Weasel, In Comes Per Mertesacker”