" … if you're a supporter of a club, you have to be, through thick, thin, laughter, smiles and tears" – Bob Wilson
19 Comments

Arsène Has Changed – Say The Idiots!

Posted by pedantic George @arseblagger on August 4, 2014 in All Posts 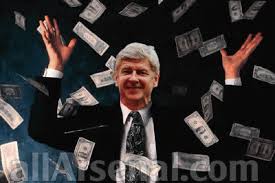 Yesterday I tweeted this:

A few days ago I had this to say:

“Wenger isn’t back, because he’s never been away. He hasn’t changed and he certainly hasn’t fucking listened to fans, or the media.”

It doesn’t take a lot to irk me [No shit – Ed] but the insistence from certain sections of the fan base and the media that Arsène has changed infuriates me to the point where I could punch a puppy.

They are adamant that Arsène has changed. Well, he has. He is older and wiser.

He has not, however, changed in the way they are insinuating.

These idiot halfwits (trust me that is the nicest description I could muster) want us to believe that they were right. He had “lost it”.  He did want to feed his enormous ego by trying to win with a bunch of kids and cut price players. He was choosing not to spend the money that was available. He was happy with 4th and a last 16 place in Europe.

They have to think these things otherwise they would have to accept that they have been wrong.

Completely wrong – and they won’t do that!

They have been wrong about Arsène.

They have been wrong about Ivan being incompetent.

They have been wrong about Stan being an asset stripper.

In short, they were wrong about everything.

However, having spent years talking absolute bollocks, they have to find some way of justifying their stupidity.

They want us to believe that they were right. Their lack of support for the great man – our greatest ever manager – is to be excused because “Arsène has changed“.

You hear things like, “we wanted him to buy world class players and now he is“.  Completely ignoring what has been clear to anyone with even half a brain for 10 years.

He didn’t have the money to spend!

Or this little gem  “We wanted to win trophies and now he has!”  Again ignoring that he didn’t have the players to do it given that there were three clubs spending north of a billion pounds to buy up the said trophies.

I repeatedly hear “mistakes were made” and yet the vast majority of these perceived mistakes can be put down to the simple lack of funds.

They will do anything, and say anything, rather than admit they were the ones that were making mistakes.

Arsène is the same as he was last year, 5 years ago, 10 years ago, and 18 years ago when he first tipped up.

These people were unable to understand the simple economic realities that hamstrung the club. They spent years writing blogs, doing podcasts and tweeting about how they could do a better job than Arsène and the board. Make no mistake, if you are telling someone how to do their job, it’s because you think you know better.

Well they didn’t, not a single one of them.

The divide in the fan base was caused by them. It was not caused by those people who held their position of simply supporting the club. Both sides of the divide were not to blame. It was the uninformed pea-brains that thought they had the answers. Not those who just wanted to support the club.

It’s alright to be wrong. We are all wrong from time to time. But it’s not alright not to accept being wrong, look for an excuse for your wrongness and hide behind it.

The most popular excuse seem to be Arsène has changed.

Well he hasn’t, so admit that and stop digging.

← Why Arsenal Are So Unloved By Everyone Else !
Arsène Has Changed – So They Say →

19 comments on “Arsène Has Changed – Say The Idiots!”