" … if you're a supporter of a club, you have to be, through thick, thin, laughter, smiles and tears" – Bob Wilson
221 Comments

Posted by ArsenalAndrew on May 7, 2014 in All Posts 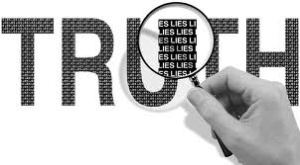 It all seems so obvious …

If there is a stick to beat Arsene and Arsenal with then it appears to me that there are multitudes of halfwits ready to pick it up and brandish it with a flurry.

The opinions of agenda driven plebeians are picked up, digested and regurgitated as facts. Theories are accepted and embellished if they in any way make the club look bad. Rumours are started and accepted because dimwits want to believe them.

I’m sick of it and the moaning cretins who do it in the name of passionate support.
My old friend and ally Shottagooner (@shotta_gooner) said this and it exposed several of these misconceptions in a few short lines:

“Such a brilliant morning-after in my part of the world. That glow in the cheeks after a night of …. watching Liverpool, the pundits favorite, simply choke on hubris and self-entitlement at the hands of Tony Pulis and Crystal Palace. What the hell were they smoking in the dressing room at half-time?

Karma is a bitch as many of us said on twitter last night. The lying and cheating in the Suarez buyout affair for one. Even more galling was the gloating that they were succeeding without oil-money despite having the 4th largest net transfer spend in the league since 1992 (£287M according to transferleague.co.uk) was a stick the Arsenal 5th Column and the media was swinging heavily at our club.

All myths exposed and defeated in 10 minutes.

I must save a word for the pundits who are now hopping on the bandwagon of critics of Liverpool defending. Such amazing hypocrisy. I was monitoring the game online on the Guardian’s M-B-M service and later saw replay on America’s NBC network and all were urging Loserpool to go for more goals and put pressure on City.

Turned out very well, didn’t it.”

The thing is, it was not that Liverpool fans were churning out this drivel, or even that pundits were.

Oh no, our fans were at it with gusto.

Brendon was being hailed as a tactical genius, and that was evidence that Arsene was not! How is that looking now I ask you? Roberto was a similar cut above poor old inept Arsene, until he managed to lose 3 of 4 games at the business end. All the time our moaning fans were happy to ignore the fact that both were playing far fewer games than us and we had catastrophic injuries.
Then we have Maureen, dishing out masterclass after masterclass. A serial winner who couldn’t come up with the tactics to not get beaten by Sunderland at home, evidently can’t out-tactic Fat Sam (or even score a goal) – again at home – let alone Norwich.

So all these genius managers that are better than Arsene failed, despite the advantages they have had.

We have some malcontent going on Arsenal TV telling the world that Stan wanted to increase prices by 8% and had to be talked down. (No mention of the heroes within the club who talked him down, even if it were true).
When I challenged this and suggested it was no more than shit-stirring in order to make Stan look bad, I was told:

“We have people in high places at Arsenal who told us!”

Of course they would not tell me who these high people were, I suspect because they don’t exist. Now it is accepted by thousands of fans as fact, simply because some moaning malcontent said so.

FOR NO OTHER REASON; NO FACT, NAMES OR EVIDENCE OF ANY TYPE.

The AST had an analysis done (I suspect they were disappointed with the results) which proved beyond doubt that Arsene overachieves every year (with one exception) but this actual evidence is ignored in favour of a purely fictional notion that he does not.

Detractors point to the wage bill, claiming that we are the 4th biggest and therefore should expect to be 4th. They conveniently forget that we have a huge staff because we are NOW a huge club.
But more than that they disregard transfer spend as if it is totally irrelevant.

However, a big wage bill is the result of big spending in the transfer market.  Simply put, big transfers in, expect big wages, and get them. So it’s the transfers that drive the wage bill.  Not the other way around. Therefore it’s transfer spending that is the main measure of where a club should expect to finish. Not wages.

The wages are a reflection of the transfer spend!  Got it now?

This though does not suit the detractors so it’s disregarded.

A stick, a stick – my kingdom for a stick!

We have experts telling us how much we have in the bank and jumping to conclusions about how and when it should have been spent, without one iota of knowledge of what plans may have been made – let alone cash flow considerations.

Don’t get me started on the pricks organising protests.

Just who the hell do they think they are?

All in all, it’s sad and pathetic what is going on.

← Child’s Play At The Emirates.
The FA Cup Final – A Desi Gooner’s Take →

221 comments on “Agendas, Deceit And Lies”