" … if you're a supporter of a club, you have to be, through thick, thin, laughter, smiles and tears" – Bob Wilson
72 Comments

Arsene Wenger – He Doesn’t Do Tactics? 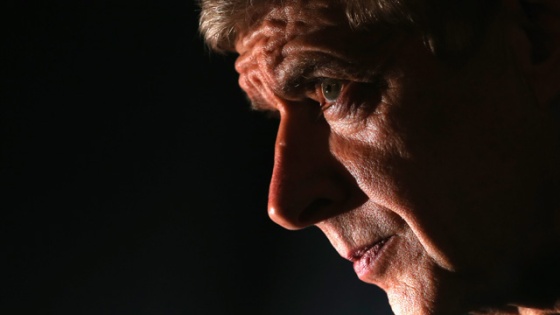 This season so far hasn’t been the greatest for many Arsenal fans according to the standards they’ve become accustomed to set by Arsene Wenger himself. To quote him, “”If you eat caviar every day it’s difficult to return to sausages.” However, if you look at the narrative doing the rounds lately, it is almost like people believe the caviar was just an accident from someone who isn’t even capable of providing sausages. Arsene is currently accused repeatedly of a lot of things ranging from the absurd “he doesn’t know tactics” to the confusing “he doesn’t coach his players” to the hilarious “he doesn’t know how to identify talent”.

Normally, these arguments would be made by those who are either unaware or just blinded by temporary frustration and an inexplicable dislike (to put it lightly) of the club’s greatest ever manager and it is probably easier to ignore them rather than explain things to those who would never listen. Unfortunately, these arguments are now being made by people who should know better especially when they claim to know all about Arsene Wenger and are self-professed experts on tactics and coaching and I feel there is a need for a reminder of why the accusations thrown at Arsene are well off the mark. I will attempt to explain this by breaking it down into a series of posts that deal with specific broad accusations that are thrown his way and attempting to prove why these are unwarranted.

This is an interesting accusation, especially when you consider how the team has evolved over the years. From playing a pure 4-4-2 (or 4-4-1-1) from the time of his arrival, to evolving that into more of a 4-1-3-1-1 during the Invincibles era to the modern day 4-3-3 that incorporates aspects of the 4-4-2 and 4-2-3-1 in it, Arsene has undoubtedly seen it fit to adapt the formation to suit the modern era while balancing it with his own ideals of playing pure attacking football that has become synonymous with Arsenal over the years. I find it rather odd that people who have observed this tactical and formation change over the years find it so easy to accuse him of lacking adaptability or even more hilariously, of being stuck in the past. One could even argue that the oft declared demand for a 4-4-2 is more likely one coming from fond memories of the past rather than one adapted to the needs of the modern game.

I’m sure some will readily counter that “we’re not talking about long term changes, but on a game to game basis” – so here’s an example from a recent game. It might not have worked to a fruitful result (as everyone knows) but before the home game vs Bayern, there were many who were rather happy with this “tactical” approach, where Theo was put in the middle to use his pace and movement to maybe run in behind the slower CB pairing of Van Buyten and Dante. Ramsey and Cazorla were meant to rotate and help Sagna out with Ribery and Alaba (both of whom were nullified)on the right while on the left, Podolski was supposed to help part time LB Vermaelen. Tactics are all well and good for as long as the players execute them and unfortunately for us, as well as we worked defensively on the right, we worked as poorly on the left with Podolski and Vermaelen both having poor games. They had zero understanding and didn’t work together well as a consequence.

The point of discussing this, despite the game being a result we’d all like to forget, is that, a game/opposition specific tactical plan was there against Bayern, just like there is always one against other teams and the tactical includes players being given the freedom to express themselves creatively. However, the execution by some players on the pitch wasn’t there and that let us down. A switch in personnel and a couple of weeks later, we proceeded to convincingly beat Bayern, one of the favourites in the Champions’ League this season, at their home ground, without conceding and limiting them to mostly shots from outside the box. The tactics were roughly the same, however the difference this time was that the personnel executed the tactics exactly as instructed, especially the back line which was far better co-ordinated and effective in choosing when to step up and when to drop deep. 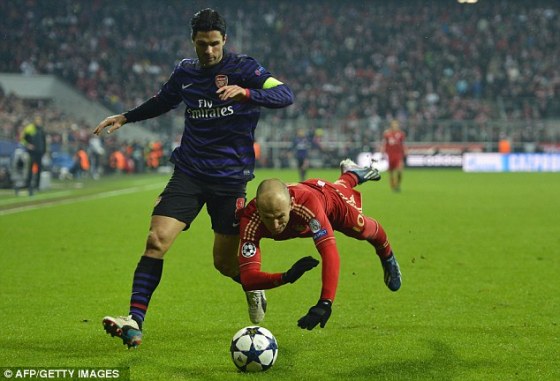 This could have been passed off as a fluke by many of those skeptics but last weekend at Swansea proved that it was no fluke with a similarly effective defensive performance highlighted against Swansea, one of the toughest away visits in the league. I could cite several more examples where tactical changes for a specific game have reaped huge rewards, whether it is playing Benayoun out wide against Spurs last year or Walcott through the middle against Reading, but I could be here all day doing that.

The point I’m trying to make is that the accusations that he doesn’t do tactics and doesn’t keep his opponents in mind is well off the mark. I am not suggesting that the analysis of opponents is at a Mourinho-esque dossier level but it doesn’t have to be at that level either especially when there is a strong footballing philosophy at heart. What I am suggesting is that with Arsene, a tactical change could often be quite subtle rather than something obvious like changing from a passing game to hoof ball and also, making a tactical change need not be at the cost of changing footballing philosophy. The players can be drilled constantly to ensure they play just Wengerball at its final level but tactical variations are still possible even with a slight variation in team selection.

I guess the thinking behind these accusations is that maybe they expect tactical variation to be obvious and drastic to count as one, and if that is the case, then it is more likely  that mindset is in need of change rather than Arsene needing to do more tactically. I would also like to point out that there is a lot of merit in the ideology that sticking to your gameplan and football philosophy is a key foundation of the tactics you seek to incorporate (something that Laudrup also does and is hailed as innovative rather than tactically inept for some reason). Players executing what they’re asked to do, as evidenced by the Bayern and Swansea wins, can be just as effective as more reactive changes that seek to nullify the opposition threat more than sticking to our own principles. I will conclude this post by saying that I personally believe that the execution of the tactics by the players on the pitch matters more than the tactics itself and in a team that is relatively new (most of whom have come together in the last 18-24 months), you will see the execution improve (and happen more consistently) with chemistry, cohesion and teamwork and we’ve all seen what the team is capable of when executing the tactical plan.

I can imagine several counter points arising in people’s heads ranging from “this doesn’t explain poor defending” to “he puts players out of position” to “he doesn’t actively coach his players and tell them what to do”. The counter arguments to questions like this and more will follow in more posts in this series.

72 comments on “Arsene Wenger – He Doesn’t Do Tactics?”