" … if you're a supporter of a club, you have to be, through thick, thin, laughter, smiles and tears" – Bob Wilson
24 Comments

Are We Arsenal Supporters Or Glory Hunters?

Posted by pedantic George @arseblagger on December 10, 2019 in All Posts 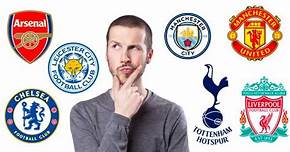 24 comments on “Are We Arsenal Supporters Or Glory Hunters?”