" … if you're a supporter of a club, you have to be, through thick, thin, laughter, smiles and tears" – Bob Wilson
40 Comments

Posted by pedantic George @arseblagger on April 22, 2019 in All Posts 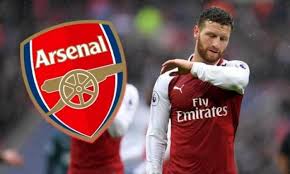 This is a comment Mills made , listen and learn. Again- Thanks Mills.

Truth is every player makes a mess of something sooner or later. I can list them off, or you can think of them yourselves. There’s been some big moments that went down the kasi, with big names at fault. Players are humans, not some AI bot that seems never to make a mistake. Notice in the AI of computer games they have to put flaws in the play so that somebody wins?
The history of Arsenal ( a considered process with agenda by humans) filters the subjective idea of whose a hero or villain, we then see endless highlights to remind of ourselves of good and bad moments, but these arent the full picture.

Humanity is at the key point of football, we hate the mistakes when they happen to us, but love it when it happens to “them”.
Mustafi is a good player, went through a fantastic period with us, then hit the wall and seemed to lose his confidence, which is a shame as hes a great player, and still can be.That will finish his career with us no doubt, but only because of money. Yesterday I thought , well he will be kicked out now if we lose, many players are bullied out of our club when they dont need to be. If the people who think hes shite at aftv then they should go out there and play at profi level, its a million more times harder than those people think. I got to the level below and even played with a lad who went professional and that was tough enough.
But we still need him (Mustafi) now, in this part of the season, but the mob want blood, they want to feel good, and Mustafi made them feel bad. Imagine how he feels, shamed and loathed. Must be big laughs. But the finger is pointing in the wrong direction, or at least not enough in all directions.

But why did the team give up at 1-2 down? The third goal ( poor marking) was the killer, and we had enough chances to make it three or even four. Mustafi is not the enemy or the evil one who ruined the day. The whole team are to blame and the fans too, they are also part of it all, and the typical reaction at 1-2 was to go all quiet and introverted, when the lads needed support.

aftv and people dont have the monopoly on opinions or on whats what, in my opinion.
I also wish people at aftv would stop going on about the “previous regime”. If thats was a regime then they want to get out a bit more. Closer to their understanding is probably that they cant dictate how Arsenal are run. And thank the stars for that.

Mustafi made a mistake, but so did our attacking players in missing chances and not converting, we cant have it one way and not the other? Theres no difference.

Sometimes I wonder, having watched “Our planet” recently if we football fans could also put as much thought and energy into saving ourselves psychologically and physically then our grandkids might have a better chance?

Mustafi is an Arsenal player, he does his best. Sometimes that may not be good enough, but no one should doubt his effort.

40 comments on “The Great Mustafi Overreaction”