" … if you're a supporter of a club, you have to be, through thick, thin, laughter, smiles and tears" – Bob Wilson
49 Comments

Posted by pedantic George @arseblagger on April 7, 2019 in All Posts 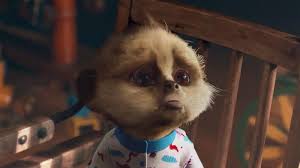 I was going to leave this review until tomorrow, because I didn’t want to do it whilst angry, but I realised I’m not angry, just very disappointed. So here we go………….

When I saw the team and the first two substitutions at half time, I though, fair enough. I can’t fault the manager today. His resources were limited. I had no intentions of being critical of Emery, then I started to think (always a dangerous thing for me to start) and I thought wait, actually he’s had a mare.

Five at the back can work well, we’ve seen it work well, but it needs two players in center midfield that can keep the ball and progress it through midfield. Namely Xhaka and Ramsey,but they were both unavailable to start. ElNeny and Guendouzi just can’t do that.

Now of course I am entering the realms of hindsight management. The easiest of tasks. Still, bollocks to it.

We should have gone with 4 at the back and put an extra man in midfield.Poor Matteo had an awful game. ElNeny did ok so I was surprised that he was substituted rather than the youngster. I would have left them both on, brought Ramsey in to help them out and replaced Mkhitaryan , who was having a worse time than Matteo, with Aubameyang . Gone 4 3 1 2.

Finally Emery brought on Iwobi, who along with the Ramsey substitution, did make a marginal improvement, but Ozil was the last person he should have replaced. Mesut, while not creating much (due to the set up IMO) was playing well. I mean , if you need a goal, why take of the best player and the man most likely to fashion an opening?

This is the first time in over 5 years of this blog that I have written a blog suggesting what should have been done. Perhaps doing what I suggest would have made no difference, but lets be honest, it couldn’t have been worse.

I’m presently watching the game between Wolves and Watford, and if I’m honest, I don’t fancy our chances at their grounds. It may turn out a very unhappy end to the season.

← Can Arsenal Overcome The Everton hurdle ?
Is Home Where The Heart Is For Arsenal? →